This article is over 11 years, 10 months old
Tanya Barson writes on a new exhibition at Tate Liverpool that examines the profound influence of black culture on art
Downloading PDF. Please wait...
Tuesday 02 March 2010

The transAtlantic slave trade of the 18th century saw millions of Africans forcibly displaced to America and the Caribbean.

It had a profound effect on our collective history. But what is less often acknowledged is the impact that transportation had on art and culture.

Afro Modern: Journeys Through The Black Atlantic is a new exhibition that explores how different black cultures from around the Atlantic have influenced art from the early 20th century to today.

The exhibition takes its inspiration from Paul Gilroy’s influential 1993 book The Black Atlantic (see below).

The book set out to criticise the idea that “modern culture” was soley a European project. It showed how black cultures and artists have shaped the world we live in today.

One example from the early 20th century Aaron Douglas, an artist based in New York, who took part in the “Harlem Renaissance” of the 1920s and 1930s. Douglas can be seen, perhaps, as a founding figure of Black Atlantic modernism.

His paintings depicted African heritage as a source of pride, and modern African-American life a focus for aspiration. He also drew illustrations for the magazine Crisis founded by WEB Du Bois, the black left wing intellectual and civil rights pioneer.

Douglas’s works assert the decisive contribution of African-Americans to US history. They combine the optimism of Du Bois’s political beliefs with Douglas’s own convictions of the potential for equality offered by socialism.

This is reflected in paintings such as Aspiration (1936), which opens the exhibition. It involves a ray and star motif that refers both to the light of Christianity and the Marxist star of emancipation.

The exhibition takes the visitor through different locations around the Atlantic and forms of modernist art that have arisen there.

It ends with some of the more recent developments in contemporary art.

The past decade has seen a new generation of artists emerge who have been described as “post-black”, notably by US curator Thelma Golden and artist Glenn Ligon.

According to Golden, “post-black” describes those artists “who were adamant about not being labelled as ‘black’ artists, though their work was steeped, in fact deeply interested, in redefining complex notions of blackness.”

One of this younger generation is Adam Pendleton. His work, such as Black Dada (2008) and System of Display (2008-9), is concerned with language and alludes in a complex manner to early 20th century modernism.

System of Display combines references to the left wing Dada performance movement, to Pablo Picasso’s relationship with African art, to a photographic studio in Nigeria and to the independence movement in Ghana.

As his Black Dada manifesto puts it, “Black Dada is a way to talk about the future while talking about the past. It is our present moment.”

The ideas behind this exhibition come from Paul Gilroy’s notion of a Black Atlantic culture, as set out in his book The Black Atlantic: Modernity and Double Consciousness.

Gilroy criticises the idea that modern culture is mainly the product of European history, with its Enlightenment project and its associated ideas of rationalism and historical progress.

He argues that our cultures and racial identities have instead been thoroughly mixed and have shaped each other.

In particular he looks at how a Black Atlantic culture – one that combines diverse communities in North and South America, the Caribbean, Europe and Africa – has acted as a counterculture to the “official”, white-dominated version of European modernism.

Gilroy emphasises the pluralist aspect of this culture.

Rather than there being some single “black essence”, the Black Atlantic is created out of many different voices and cultures.

The idea of the Black Atlantic has many implications for the way we think about culture.

It suggests there are no fixed boundaries separating cultures or races, or dividing black from white.

Black Atlantic culture might derive from the diaspora of black peoples, but it has certainly not stopped there.

Its influence has been so much wider – which is why the exhibition includes the work of both black and white artists.

Tanya Barson is a curator in international art at Tate. Afro Modern is on until 25 April at Tate Liverpool. Go to » www.tate.org.uk/liverpool for more details 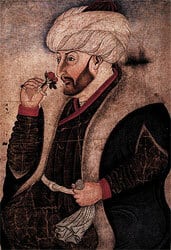 Take a journey to the heart of Turkish culture 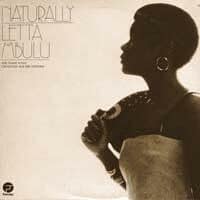