Albert’s Boy is a good play, but doesn’t get to the core of the matter

This play is an exploration of the arguments for and against the use of nuclear weapons. It is set during the final years of scientist Albert Einstein’s life. He receives a house guest, an old family friend just back from the Korean war.

James Graham, the young writer of the play, told Socialist Worker, “I was very conscious that I wanted to explore the way that terror and fear have been used throughout history.

“To begin with I wanted to write a play that went through history looking at different periods. I wanted to explore the irony of the need to use violence to gain democracy, from the French Revolution onwards.

“Instead I chose to reduce it to its bare bones — a discussion about the rights and wrongs, the moral and human implications, of the decision to use an atomic bomb on Hiroshima at the end of the Second World War.” The play reduces the argument further still to an exchange between a thinker —Einstein — and a man of action — his guest. Both actors in the play give fantastic performances.

It is an interesting play, and timely with the 60th anniversary of the bombing of Hiroshima and Nagasaki and the threat of a new generation of nuclear weapons.

My only problem with the play is that although it goes through the issues, it doesn’t do so thoroughly.

The argument for dropping the bomb is set out in the traditional way, “It ended the war, it saved lives.

The Japanese would not have surrendered otherwise.” But the argument against its use is on a purely emotional level.

Einstein is played as a man wracked with guilt for his part in developing nucear physics. But he does not express the political arguments against the use of nuclear weapons. This absense makes the debate lose some of its power.

That’s a real shame because Graham is clearly against the use of nuclear weapons. 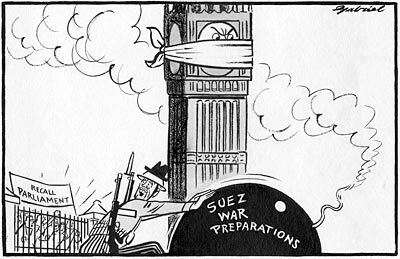 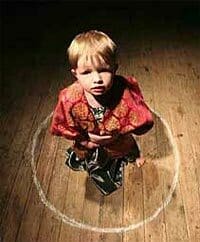