Recorded on the road in a campervan-turned-studio, Amadjar is the ninth album by internationally acclaimed Tuareg nine-piece Tinariwen.

It was written and recorded as the band journeyed from the Moroccan desert to Mauritania, via Southern Morroco, Western Sahara and the Atlantic Coast.

The result sounds as epic and exciting as that journey.

Tinariwen are widely regarded as pioneers of the rebellious Tichumaren sound.

It incorporates a mixture of electric blues with African and Middle-Eastern sounds.

It emerged in North Africa linked to the struggle of the Tuareg people divided by the borders of Mali, Niger and other countries that failed to recognise their traditional homeland.

Amadjar is an example of the longevity and originality of this distinct sound.

Electric guitars weave in and out of traditional percussive instruments.

The lyrics may be lost on anyone unfamiliar with the Tuareg language of Tamasheq. But the immediacy and passion can definitely be felt in the richness of the sound of this album.

Wasteland looks at how two generations coped with the destruction of the mining industry.

As we see one generation grind to a halt, we follow the next into the 90s illegal rave scene.

By Gary Clarke. On tour from 25 September, starting at the Northern Stage in Newcastle. Go to wastelandtour.co.uk
Topics Reviews 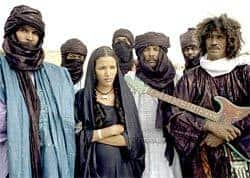 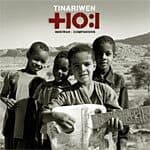