This article is over 11 years, 1 months old
Tom Noble looks at Attack the Block—a new film that realistically portrays gangs in Peckham (during an alien invasion)
Downloading PDF. Please wait...
Tuesday 10 May 2011

Aliens have invaded a south London council estate. But instead of the army or police dealing with the threat, a local gang of teenagers take it upon themselves.

As a teenager living in south London, I found I could relate to almost everything this movie portrays about the area—apart from the aliens.

Attack the Block tells the story of a gang of teenagers led by Moses (John Boyega), and a woman called Sam (Jodie Whittaker).

It features strong themes about mistreatment by police, crime and ethics.

Sam is mugged by the gang at the start of the film.

But as the situation with the aliens becomes worse, Moses’s gang and Sam repeatedly cross paths until they finally work together to fight off the invasion.

More characters enter the mix, including murderous cocaine-dealing gang lord Hi-Hatz (Jumayn Hunter), an assortment of stoners and pot heads, including Ron (Nick Frost), and, of course, the aliens themselves.

The situation gets increasingly bad until the literally explosive finale. The audience is kept glued to the screen until the very end.

The film shows the truth about many aspects of south London life—like crime, youth gangs and the role of the police.

The film correctly depicts the relationship between teenage street gangs and drug gangs, for example. The latter use the former as a way of making money without the usual risks involved with drug dealing.

A great feat of the film is that it shows the teenage street gang for what it really is—a group of friends loitering about aimlessly with nothing to do.

But those in the audience are not laughing at the teenagers. They’re laughing because this is probably what would happen if there actually was an alien invasion in Peckham.

The casting represents multi-racial Peckham too. While urban youth gangs are normally depicted as non-white thugs, here they are portrayed as much more down to earth—and they aren’t all black.

They are more or less just normal kids—black, mixed race and white—who are just a tad rough.

I have spent many nights with my friends standing around on street corners with our hoods up.

We don’t mean to intimidate—it’s just what we do, what we wear and how we speak.

The film makes the point that it is not so much about race as it is about identity.

Class, with its paradoxes, is also represented in the film. One character is a middle class young adult who indulges heavily in cannabis use.

At first he is shown as being at odds with other members of his community—mainly because of his “posh” accent and hilarious attempts to be “down with the kids”.

But as the situation becomes worse, the whole group starts to listen to one another. It sends a positive message about people being able to work together as equals.

As a whole the film does a good job of describing multiculturalism in south London.

Attack the Block is extremely funny because the sense of realism (again, apart from the aliens) means it can parody British urban life to an extraordinary extent.

Puns are made about the supposed link between youth gangs and video games, and about issues like class.

The film is incredibly funny, wherever you are from. I’m sure many people will be able to relate the experiences depicted.

To put it simply, it’s funny because it’s actually like this. 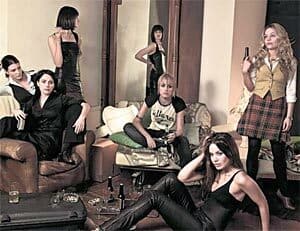