This article is over 5 years, 9 months old
The great radical playwright Bertolt Brecht died 60 years ago this week. Tomáš Tengely-Evans looks at the legacy of his plays and politics
Downloading PDF. Please wait...
Tuesday 09 August 2016

The Threepenny Opera has been a big hit at the National Theatre this summer. Written by German playwright Bertolt Brecht, who died 60 years ago this week, it tells the story of the decadence of “bourgeois” society.

The play is set in 19th century London and follows criminal MacHeath (“Mack the Knife”) and the respectable businessman Jonathan Jeremiah Peachum. In this version of London begging is part of an organised business that includes top cops.

Brecht’s aim was to show that the great swindle at the top of society, with its revolving doors of politicians and bosses, is no different to ­organised crime.

When the Threepenny Opera ­premiered in 1928 it made Brecht an international star.

It’s fashionable to claim his plays are good despite their politics—or to simply dismiss Brecht as a Stalinist hack. These were attacks he faced in his time. Partly to get around them, Brecht began to develop his “epic theatre” style.

Brecht didn’t want theatre-goers to passively revel in his plays, he wanted them to think critically about what was unfolding on the stage.

To distance the audience he chose historical settings or had an announcer summarise scenes before they began.

And I always thought: the very simplest words must be enough … that you’ll go down if you don’t stand up for yourself. Surely you see that.

Bertolt Brecht, And I always thought

You can’t ignore the politics in his later plays.

The Mother, set during the Russian Revolution of 1905, shows a mother trying to free her Bolshevik son from jail herself become a Communist. This is where Brecht’s sober poem In Praise of Communism comes from.

Communism is the “simple thing—so hard to achieve,” he wrote.

Brecht’s relationship to the Stalinist East German regime was contradictory. He believed it was an imperfect form of socialism.

But after the Berlin Workers’ Uprising of 1953, which was brutally crushed by Russian tanks, he wrote the famous line, “Would it not be easier in that case for the government to dissolve the people?”

What lives on is his beautiful and clear language to put across his radical political message—one which resonates today.

As Brecht put it, “I always thought, the very simplest words must be enough … That you’ll go down if you don’t stand up for ­yourself.”

The Threepenny Opera will be broadcast to cinemas around Britain on Thursday 22 September. Go to bit.ly/2b0f78w 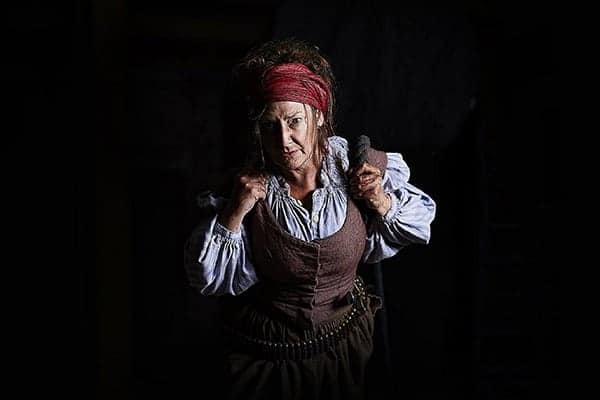