Over the past few years scientific understanding of the Neanderthals—our nearest human relatives, or kindred as this book describes them—has been transformed. The popular portrait was one of thuggish, grunting cave-dwellers who died out with the advent of a superior species. This has been swept aside by a far more nuanced understanding of who the Neanderthals were and where and how they lived.

In Kindred—Neanderthal Life, Love, Death and Art, Rebecca Wragg Sykes has brought together much of the latest research in archaeology, drawing on the increasingly sophisticated techniques used in excavation as well as advances in genetics. These developments have enabled scientists to explore where the Neanderthals lived and their contribution to our own species.

At times dense—at least for a non-scientist—the book paints a fascinating picture of the Neanderthals across the 300,000 or more years of their existence. In contrast, modern humans emerged perhaps 150,000 years ago.

The more palaeontologists discover about early humans, the more complex the “hominin” family tree appears, with branches found across Africa and Eurasia that subsequently became extinct. The line that led to Neanderthals and modern humans probably split around 500,000 to 700,000 years ago. The picture that emerges is one of people who were like us in many ways—and who are part of us.

Modern genetics has shown that between 1.8 and 2.6 percent of Neanderthal DNA can be found in everyone, except those of sub-Saharan heritage, though the exact amount varies. Indeed, one thing that stands out is that far from being confined to Europe and the near East, Neanderthals not only bred with modern humans, but were also involved in migration.

There was genetic exchange between Neanderthal populations in Europe and those who reached across Asia as far as Siberia and the Denisova cave—the site not only of Neanderthal remains but also of another, related set of human relatives, the Denisovans.

Wragg Sykes’ explores Neanderthal technology, including tool assemblages, the use of fire and hearths and of the production of skin and clothing. This reinforces a view of a people and ways of living that cannot be reduced to a simple template but that developed and changed across time and space, as they adapted to different conditions.

Neanderthals lived through violent swings in climate, with periods of intense cold and glaciation, as well as interglacials when temperatures rose. Astonishingly, one period, the Eemain (MIS5) was on average one degree warmer than today, and at times hotter.

As the author points out, 120,000 years ago, there were hippos in the River Thames and sea levels were 5 to 7 metres higher. If there is something we can learn from the Neanderthals as we face capitalism’s climate chaos, is that we cannot avoid the consequences of a climate that is out of control no matter how adaptable we are.

Neanderthals were human. And while Wragg Sykes is careful not to over-speculate, she clearly suggests that as tool-using social beings they had developed forms of communication, including language. They lived in groups that looked after each other and shared tasks and resources that drew on ritual, including perhaps ways of mourning their dead with markings that later became what we describe as art.

So why did they vanish? Neanderthals certainly bred with modern humans, but in the end they survived only in our DNA. Wragg Sykes considers a number of factors, including a response to climate change, encounters – and perhaps competition for resources with – early modern humans. She also argues that their social networks were weaker and smaller and perhaps led to isolation and eventual extinction.

I would have liked more on this, and on the possible ways in which language and symbolic thinking may have developed, but this is a fascinating book that gives us insight into our ancestors and our own humanity.

For those who wish to explore the subject more the author has also provided an online bibliography: https://www.rebeccawraggsykes.com/biblio.

The Birth of Capitalism

A Radical History of Britain 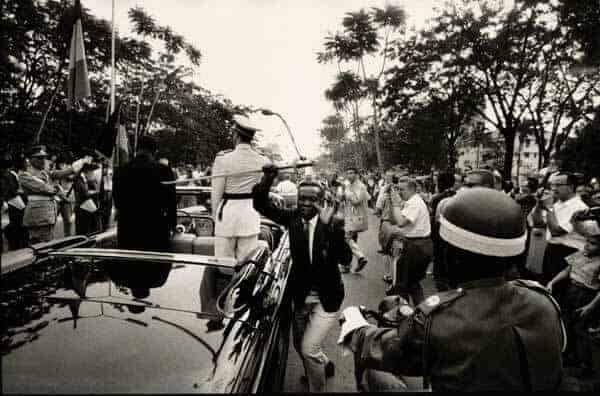