Cian T. McMahon was inspired to write The Coffin Ship after listening to historian Marcus Rediker give a talk several years ago. Rediker spoke about a new book he was writing, The Slave Ship: A Human History, in which he described how “the sea has shaped human history” in these “wooden machines”. In a similar way, The Coffin Ship has succeeded in honouring the memory of migrants forced to embark on perilous journeys from ports in Ireland. Liverpool was also the departure point for North America and Plymouth to Van Diemen’s Land, now known as Tasmania.

It is hard not to draw comparisons with the migrants McMahon describes and those forced to make similarly perilous journeys today across the Mediterranean and English Channel. Then, as now, people feeling poverty in search of asylum held hopes of being welcomed and the opportunity of building new lives.

It is generally agreed that during the years between 1845 and 1855 when there was a catastrophic potato blight across Ireland, approximately one million people died of starvation and two million people emigrated. During the following years up to the 1920s, over seven million people left Ireland’s shores risking the destruction of family and friendship bonds as they faced the unknown.

In this meticulously researched history, McMahon dispels myths and buries half-truths. What emerges is a narrative which brings the realities of preparing for a dangerous voyage by sailing ship. Journeys of Irish migrants across the globe are vividly brought to light with reference to letters or notes on the back of boarding cards and remittances. He also reveals experiences of coping for several weeks with the dangers of life and death between decks in steerage and also the difficulties faced on arrival.

The Coffin Ship is an exposition of maritime capitalism. Landlords maintained profitable estates and low poor rates by paying the passage of impoverished “dead weight” tenants. This forced them to risk all on ships, many of which had been refitted to carry passengers instead of timber and pig-iron, for example.

The mass migration from Ireland was accelerated by a British government which had a laissez-faire policy of as little intervention as possible to deal with the toll of the famine. In fact they exported food while people starved. Encouragement for migration was done with no concern for the fitness and health of migrants about to embark on such perilous journeys.

In one notorious case, four ships were sailing to Quebec in May 1847. The passengers included the 1490 tenants from the Strokestown estate in County Roscommon, who had embarked at Liverpool. Over 700 migrants died on the voyage. They had been signed off as being physically prepared, but many were unable to survive an outbreak of typhus. The author shows how the horrendous death rate on those journeys became synonymous in popular memory with the overall migration from Ireland in what became known as “coffin ships.”

McMahon argues that the actual emigration experience of passengers needs a more nuanced understanding. For example while many connections were broken, others were maintained and built upon by communication between individuals who had emigrated and those who were about to make the journey from home. The evidence is clear from primary and secondary sources.

The chronicling of our history from below can be a fractured and complex process. There are many tantalising examples of correspondence between ordinary people engaged in an extended and often frightening process. There is advice on the back of a boarding ticket about how to negotiate the difficulties of the voyage, sent to a family member back in Ireland. We read of Anne Kelly of Knockcommon, County Meath in 1850, wondering why her brothers in Canada had not answered her letters, as she writes “I often think they are not living.”

The emigrant experience for many is wrapped in separation, isolation, loss and grief. It is also a process of finding new beginnings, new connections and support. Modern digital technology is a method of communication for migrants which, while different, also evokes the transnational methods emerging from the Great Irish Famine. That historical link has been recognised in this highly readable and engaging narrative. 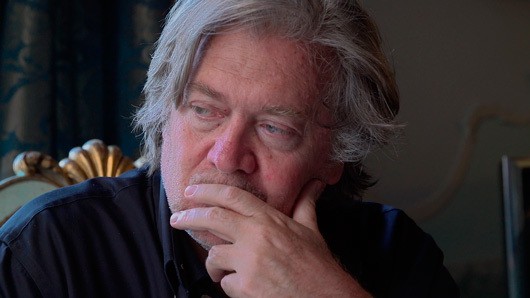