It follows 26 year old Leo (Harry Heple) and the “much older” Judy (Rebecca Root), as their relationship develops.

But it’s also a significant programme as Judy is one of the first trans characters in a mainstream British sitcom to be played by a trans actor.

“Leo, I was born with a penis,” opens the first scene. It will no doubt, rightly, rub all the prudes and puritans up the wrong way.

Having opened with that line, the show then abruptly rewinds to the “beginning”.

Leo lives in Newcastle with his parents and brother—not the position anyone closer to 30 wants to be in. He has also just lost his job.

Leo explains to his horrified mum why he’s jobless. “They questioned my honesty … they asked us if I really wanted to be there and I said no,” he says.

The scenes with Judy’s family are less effective. Her sister walks in declaring “I’m going to my operation too”—a gastric band in Hungary as it turns out. But Judy retorts saying “It’s gender bender central in here.”

Yes, some people do use that bigoted term. But flippantly throwing it in just helps to normalise it.

It doesn’t always get the politics right—but starring a trans character and actor in a mainstream show is a positive step forward.

It can also help challenge the reactionary idea that exists in society—even among some leftists and feminists—that trans women aren’t “real women”.

The running gag of Leo being fine with it is somewhat laboured—so there’s a lot of running out of the restaurant because someone forgot their cardigan.

But it also contains some serious scenes. Leo responds to Judy, “So you were born in the wrong body—what’s that like?” Judy replies “It’s like being born in a prison—never having a release date.”

Despite some problems and the  odd, inevitable, unoriginal BBC joke, it makes important points without being po-faced. 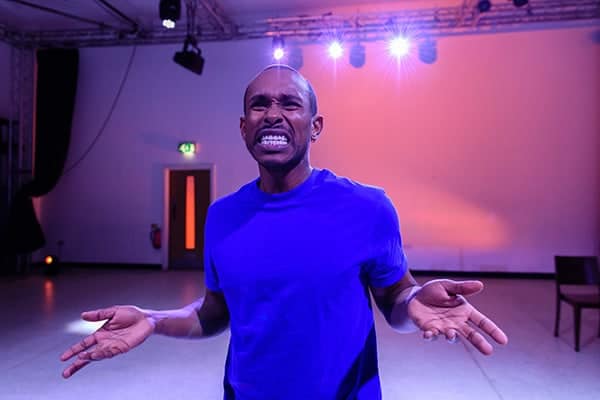