Bunny Wailer’s legacy is the music of resistance, resilience & solidarity

The last few months have been tinged with sadness for lovers of reggae music. In September 2020 we lost Freddie “Toots Hibbert” of Toots and the Maytals. On the 17th February the pioneering toaster Ewart Beckford “U Roy” died. Now we are mourning Bunny Wailer, the last surviving original member of The Wailers. He had been hospitalised by a stroke in June 2020 and never fully recovered.

Born Neville Livingston in the rural Jamaican parish of St Ann on the 10 April 1947, he was a childhood friend of Bob Marley. This was a time when numerous Caribbean islands were in the final stages of throwing off over 300 years of British colonial rule. At the same time as the fight for independence came a struggle to establish Jamaica’s own unique identity and culture.

Greater access to radio allowed artists to mix the influence of American jazz with the drumming and folk traditions that characterised colonial society. This led to the development of the fast paced ska music, the style first adopted by The Wailers. Ska metamorphosed via the more mellow rock steady into reggae. The establishment of a number of recording studios and of competing radio stations, along with the famous sound systems, created an audience for this unique new music.

Bunny and Bob began singing together and relocated to Trenchtown in the capital Kingston. Here they were joined by Peter Mackintosh to form a band called The Wailing Wailers.

They were eager to take advantage of these new recording opportunities, and did so with a spirit and purpose that was to define them throughout their careers.  Both their name and sound reflected the cry of anguished youth. Independence had arrived but had failed to solve the deeply rooted racial, social and economic inequality that blighted the island. The Wailing Wailers breakthrough track, the chart topping Simmer Down released in 1963, reflected the frustrations of Trenchtown’s  impatient and unruly “rude boys”.

Over the next few years they continued to enjoy chart success but received little material reward. A downcast Bob relocated to the United States and worked in factories. Bunny spent some time in prison on a drugs rap but he and Peter continued to write and perform. On Bob’s return they pledged to use their small axe – the song’s title is now familiar thanks to Steve McQueen’s TV series – to cut down the big tree (three) record labels.

The band had been largely marginalized, undoubtedly due in part to their increasing affiliation to another phenomenon then unique to Jamaica – Rastafarianism. Followers of the religion were ostracised and subjected to violent oppression by Jamaica’s newly respectable independence leaders.

Teaming up with the maverick producer Lee “Scratch” Perry, The Wailers’ output in the late sixties was powerful and prodigious but its reach remained predominantly local.  Their emergence as an international act is the stuff of legend. Record producer and English public school boy Chris Blackwell’s boat capsized on a coral reef, and he was rescued by a group of Rastafarians. That chance 1958 encounter challenged Blackwell’s childhood misconceptions and left the Old Harrovian with a lifelong respect for the cult and a commitment to promoting their culture.

Trojan, the record label Blackwell initially set up, had scored a major hit in 1964 with My Boy Lollipop thanks to Millie Small, another artist we lost in 2020. Since then he had established Island Records, continued to scout new acts and had heard of The Wailers.  He had been warned however that these untrustworthy Rastafarians would waste his money. Fortunately he ignored this advice and advanced them the funds to record what became the album Catch A Fire.

The evolution of the band ironically resulted in the departure of Bunny and Tosh.  Blackwell was astonished by the collective coherence and quality of the material, but he wanted to promote The Wailers as a black rock band. He therefore overdubbed the original tapes, adding layers and instruments to give the songs the sound that he sought.  It is a fascinating insight into both the creative and destructive elements of the recording process. In order to achieve fame and fortune, the band was forced to compromise its authenticity.

Though not initially a great commercial success, Catch A Fire – released in 1973 – catapulted The Wailers onto the world stage. It was swiftly followed by another brilliant album, Burnin’. There is a vintage television recording of the band performing on the BBC’s Old Grey Whistle Test around this time with a characteristically cool looking Bunny on Bob’s left.  Sadly this was to be one of his and Tosh’s final appearances.

The pair had been prepared to concede to Marley and Blackwell in the recording studio. But they were increasingly alarmed at the punishing tour demands and the direction in which the band was being pushed. Bunny described the US venues that Blackwell selected as “freak clubs” which offended his religious sensibilities. He and Tosh also rightly sensed Blackwell’s determination to promote Marley as the undisputed leader.

Following the split, the front man refreshed a band which now became Bob Marley & The Wailers and went onto superstardom before his premature death in 1981.

Bunny remained a Wailer however and didn’t simply disappear into the wilderness.  Having changed his name, he released his debut solo album Black Heart Man in 1976.  This allowed his own, previously marginal voice, militancy and spirituality to come to the fore. It was well received and over his lengthy career he went on to win 3 Grammy Awards.

Regardless of the true circumstances of The Wailers’ split, it is clear from their subsequent musical output and interviews that Bunny, Peter and Bob remained soulmates.

Those of us who are part of the Caribbean diaspora owe a great deal to the likes of Bunny Wailer. Along with the outstanding West Indies cricket team, music was something that helped forge a collective identity and sense of pride in the face of bitter discrimination and exclusion. Reggae provided the sound of hope, resilience, resistance and solidarity to black communities across the world and The Wailers were in its vanguard.

An additional impact is reflected in the way that ska and reggae became a unifying sound for a generation of defiant young people growing up in 1970s and 1980s Britain. Along with punk, reggae was the music to which black and white youth rocked against racism.

Rest Easy Bunny. Your spirit lives on in the music.

A History of Modern Lebanon 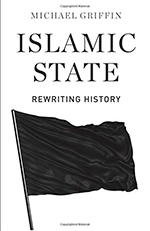