Charlotte Gray: just too many shades of grey

This article is over 19 years, 11 months old
Set in occupied France during the Second World War, Charlotte Gray tells the story of a young Scottish woman who is recruited to the Special Operations Executive. Charlotte, played by Cate Blanchett, wants to defeat fascism and search for her missing lover. She is sent to work with the French Resistance.
By Jo McCann
Downloading PDF. Please wait...
Saturday 23 February 2002

Set in occupied France during the Second World War, Charlotte Gray tells the story of a young Scottish woman who is recruited to the Special Operations Executive. Charlotte, played by Cate Blanchett, wants to defeat fascism and search for her missing lover. She is sent to work with the French Resistance.

After being parachuted into a small village in southern France, Charlotte experiences life under the Vichy government. The Vichy were French politicians who collaborated with the Nazi regime. Charlotte is a little taken aback when she is told that the people she is working with are Communists.

However, she realises that although she does not share their beliefs they have a common enemy in the fascists. There are sexual as well as political tensions between Charlotte and the leader of the Resistance.

Charlotte’s missing lover is an English RAF pilot. He was shot down, but Charlotte believes he is still alive and hiding in France. Her desperate search to find him conflicts with her commitment to the Resistance, with tragic consequences.

It becomes apparent that the British government considers the Communists, who are the backbone of the Resistance, as big a threat as the fascists. The film strongly shows how anti-Semitism takes a hold in the French village, but also how it is challenged.

The villages have to give up a quota of Jews to be sent to concentration camps. One man has to choose whether to surrender his father or two boys whose parents have already been deported.

The bitter reality of Vichy collaboration with the Nazis is brought home in a key scene when a train packed full of Jewish people leaves the local station. Hordes of local people, crying and screaming, force their way past armed German guards to pass on loaves of bread, or simply to hold the hand of a friend, neighbour or a stranger.

Before he left for France, Charlotte’s lover told her, ‘War makes us into people we didn’t know we were.’ By the end of the film Charlotte realises that this is true – she too has been changed as a result of all she has seen and done. Charlotte Gray is essentially a love story set against a backdrop of adventure and breathtaking scenery. It is a beautifully shot and well crafted film. But it has some weaknesses.

The director, Gillian Anderson, has said that because she is Australian, she can be objective: ‘I can see both sides and not be judgemental about how the French behaved during the occupation.’

There is a fine line between detachment and glossing over the facts. The Vichy regime was responsible for the deaths of thousands of Jews. Hundreds of Communists died fighting in the Resistance. The film is too ambiguous about these events.

Some reviewers have criticised the film’s austere, grey quality. They say it is filmed in frosty tones and fails to engage its audience emotionally. This film has great actors and is based on a popular novel by Sebastian Faulks. It doesn’t quite live up to such great promise. 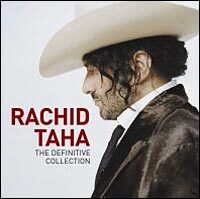 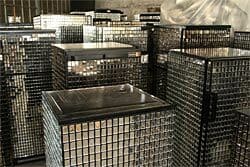 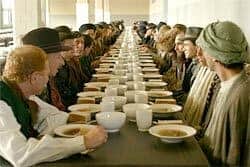