The handsome face with the far away gaze stares down from posters on streets and bedroom walls all over the world, more recognisable perhaps than fellow beardie Jesus Christ.

That is, I suspect, at least in part, the thinking behind the V&A museum’s decision to mount this exhibition. If that was their intention they have only been partly successful.

The exhibition focuses entirely on the legendary photograph of Che by Alberto Korda, Cuban leader Fidel Castro’s official photographer. This was taken in 1960 at a state funeral for dozens of Cubans killed in an explosion of a ship carrying munitions, which Castro claimed was a terrorist attack carried out by the CIA.

It seems incredible that a shot taken at such an event, so distant from the centres of power and cultural influence, could come to have such significance in the imagination of the world. It has inspired art, fashion and photography for more than 40 years.

The image has been used and abused, appropriated by the very powers Che dedicated his life to destroying. So now Che’s image, if not his ideas, is welcome at the V&A, a museum of the British establishment that is stuffed with the booty of imperial plunder.

The critical response to the show has been universally postmodern in tone, accepting and endorsing the idea that this is an image so drained of meaning that it is nothing more than an advertiser’s gimmick.

The distance between this cultural object and Che’s beliefs is now so great that most people who put on a Che T-shirt can know nothing of the ideology or politics that inspired the real man.

They are merely tuning into the hip rebelliousness that attracted designer Jean Paul Gaultier and vodka manufacturers Smirnoff – though Korda successfully sued Smirnoff for misuse of his image.

This attitude is well summed up by the Argentine business analyst Martin Krauze. He said, “The admiration for El Che no longer extends to his politics and ideology. It’s a romantic idea of one man going to battle against the windmills, he’s a Quixote.”

This view is very patronising towards Che T-shirt wearers, but it also represents wishful thinking on the part of the ruling class. While it’s true that many young people may not know much about Che, there are an awful lot of people who are very well aware of the meaning behind the face.

Chilean writer Ariel Dorfman said, “Deep inside that T-shirt where we have tried to trap him, the eyes of Che Guevara are still burning with impatience.”

It’s not for nothing that the reappearance of Che’s face on T-shirts has coincided with the growth of the anti- capitalist and anti-war movements.

The Mexican commentator Jorge Castaneda wrote, “Che can be found just where he belongs in the niches reserved for cultural icons, for symbols of social uprisings that filter down deep into the soil of society.”

The power of this image ultimately comes from the fact that Che was a genuine revolutionary, a fighter against capitalism and injustice. It is this authenticity that gives the image its force and is the one thing the image makers cannot hope to manufacture.

It is Che’s legitimate revolutionary credentials that give this photo its iconic status. This is why Che’s image is found all over the world – especially in places where there is resistance to the neo-liberal assault. This doesn’t come across entirely successfully in the exhibition as too much is left unsaid.

This may have been an attempt to avoid preaching but makes the show seem slightly shallow. The show is testimony to the enduring power of Che. And when did you ever see a Tony Blair T-shirt?

For more on Che Guevara see Che: his life and legacy and How Ernesto turned into Che

Che Guevara: Revolutionary & Icon is on at the V&A South Kensington, Cromwell Road, London SW7 until 28 August. Go to www.vam.ac.uk for more information

Rembrandt and revolution: Revolt that shaped a new kind of art 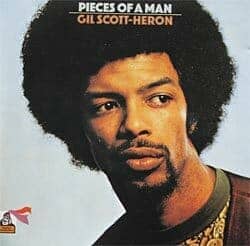