Military commander Caius Martius secures a stunning victory over Rome’s enemies, the Volscians, and is rewarded with the title Coriolanus for conquering their capital, Corioli.

His fellow senators, aware of social discontent, promote him to consul to strengthen their position.

Only very reluctantly is Coriolanus prepared to go through the motions of seeking approval from the common people, whom he despises.

He initially wins the citizens’ support. But their representatives persuade them to withdraw it. He explodes with anger, and the people banish him.

His patriotism collapses in the face of this outrage to his ego. He goes over to the enemy and leads a triumphant assault on his native city.

At the last moment, he yields to his mother’s pleading and withdraws the troops—with fatal consequences.

The film skilfully updates the conflict to the present. The military violence we see is reminiscent of the wars in the former Yugoslavia and Iraq.

The citizens are hungry and rebellious. They debate, march and act in ways that recall recent popular revolts.

Shakespeare didn’t often put common people on the stage—his was mostly a world of court intrigue.

But in this play they dominate the action. At every point, those in authority are nervously aware of the masses.

Coriolanus, true to his patrician training, insults them at every opportunity.

That works on the battlefield, where military discipline and his own foolhardy courage lead to victory.

But in the everyday world, such arrogance threatens to provoke the very thing his class fears—rebellion.

His senator friend, Menenius, is much more cunning.

He uses the common touch to bamboozle the citizens.

The citizens themselves vacillate between being taken in by their rulers and opposing them.

And it’s not always clear whether the tribunes manipulate or represent the people’s needs.

But in the confrontation between the people and Coriolanus that leads to his exile, there is one marvellous insight.

A tribune urges the people on, saying that all their liberties will be lost if they confirm Coriolanus as consul.

A senator argues that that is the way to “unbuild the city and lay all flat”.

The tribune counters with a still relevant question—“What is the city but the people?” The entire citizenry repeat, “The people are the city.”

Shakespeare was writing in a period when the working class barely existed. For him, the masses may have forced themselves onto the scene of history—but it is beyond their capacities to determine the outcome.

When it comes to the drama of whether Coriolanus can be stopped, the masses drop out of view.

It is his mother, Volumnia, who wins where Menenius, in his appeal to patriotism, fails.

She understands his weakness. His sense of being true to himself led him to desert his country. By playing on this she gets him to abandon the enemies of Rome.

Shakespeare’s portrait of the masses may not have been too flattering. But that is no reason to think he held up Coriolanus as some kind of model (as fascists in the 1930s tended to).

There are suggestions of his growing dehumanisation.

He is described as a lonely dragon, and lacking mercy as a male tiger lacks milk.

Coriolanus’s tragedy is that he may appear admirably uncompromising when set against the unprincipled behaviour of his own class—but that strength is simultaneously his flaw.

Being “true to himself” is to be isolated and self-destructive.

Coriolanus is in cinemas now 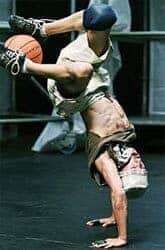