You will probably know that this week Coronation Street reaches 50 years of continuous broadcasting. ITV is celebrating the event with the razzamatazz it normally reserves for royal weddings and successful world cup bids (oh dear, cancel that one).

But what you might not know is that Coronation Street was once a cutting edge, even radical, programme.

The television culture that produced the original show was very different to the TV world we flick through today.

It is hard to even imagine today just how suffocatingly conservative and middle class 1950s television was.

What made Coronation Street so ground-breaking in December 1960 was that it told the stories of the ordinary lives of a northern working class community.

The show’s creator, Tony Warren, germinated the idea through his own experiences.

He has often claimed that the prototype for the street characters came from an actual working class community in Florizel Street in Salford, Greater Manchester.

Twice Warren pitched his idea to the BBC, only for it to be rejected as “too common”. The BBC’s flagship soaps of the time (both on radio) were Mrs Dale’s Diary and The Archers—both about the rural land-owning classes.

Coronation Street shattered that class monopoly. It was defiantly about the working class and it spoke through the experience of class.

In the first scene of the first episode Ken Barlow—who is studying at the “polytechnic” and therefore potentially middle class—is discussing just this with his father Frank, who is cleaning his push-bike in the front room.

At a time when women were not allowed to even read the news bulletins, the most popular show on TV was held together by strong working class women. So it is hardly surprising that the core audience for Coronation Street has always been women (and Steven Gerrard).

But Tony Warren’s idea, and the programme itself, didn’t fall from a clear blue screen. Coronation Street was—in some respects—TV’s response to the seismic changes that were shaking British cinema.

The smug complacency of “white telephone” movies about rich people was being smashed by the emergence of a new generation of working class writers, actors and radical directors.

Films like This Sporting Life and Saturday Night and Sunday Morning showed a new image of working class communities, typified by what John Hill called “sex, class and realism”.

Coronation Street was the product of a very different idea of what television was. Granada TV was arguably an embodiment of the ethos of television as a public service, rather than a plaything of Rupert Murdoch and Sky.

The station’s owners, Sidney and Cecil Bernstein, came from the radical tradition of East End Jews (they came from Ilford). Sidney had been a member of the Communist Party in the 1930s.

But at the same time we shouldn’t romanticise any of this. Bernstein might have had a radical conscience—but he was still a hardnosed businessman. The strong female characters in Coronation Street remain a feature of the show, but today they collapse into the world of lads’ mags.

And Coronation Street long ago lost any claim to be a realist image of the northern working class. The show has always run away from controversy.

When there were hundreds of factory occupations in Manchester in the 1970s, there was not a trace of this upsurge in dear old Corrie.

And ten years ago Salford University went back to the street that had been Warren’s template for “Coronation Street” to unsurprisingly discover that it was a scene of enormous racial diversity—while the television street was still resolutely lily-white. The first established black character came 23 years after the show began.

But still: back in the day, Coronation Street was something to behold. It was the show’s once-radical roots that won it an audience. Let’s celebrate that. 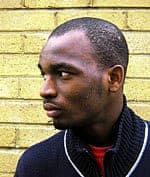 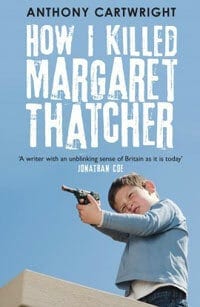