Cultural events at the Marxism 2010 festival

This article is over 11 years, 6 months old
Here are some of the cultural highlights from the festival next week.
Downloading PDF. Please wait...
Tuesday 22 June 2010

Here are some of the cultural highlights from the festival next week.

A group of Sheffield-based actors will revive Griffiths’s 1968 play.

It focuses on Italian revolutionary Antonio Gramsci and the Fiat occupations in the 1920s.

Singer and performer Tayi Aluko will present his new show, exploring events from African history before the Atlantic slave trade to the symbolic election of Barack Obama.

Roy Bailey has been described by Tony Benn as “the greatest socialist folk singer of his generation”.

He has been performing around the world for 50 years and will bring his music of dissent and hope to central London.

Jazz Jamaica, the jazz/reggae/ska supergroup headline this night of music and resistance.

They will be joined by Black Box DJs and other acts.

Monday 5 July, from 7pm at the Scala, Kings Cross. £5 for Marxism ticket holders/£10 on door 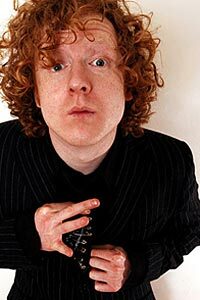