The celebrated Cultures of Resistance gig returns to London this month courtesy of Socialist Worker. It features The Bays, Jerry Dammers, Denys Baptiste, and Natty.

Last year’s event was a huge success with 500 people cramming into the Union Chapel in Islington to raise £5,000 for the Socialist Worker Appeal.

This year’s event has four separate headline acts – meaning there’s something for everyone.

The evening will begin with reggae soul from Natty, whose fantastic track “If I…” features on the NME’s Love Music Hate Racism (LMHR) CD.

Talking about why he supports the LMHR campaign, Natty said, “Considering there aren’t any black MPs in the cabinet and hardly any black faces in the media spotlight talking sense, I feel like it’s my duty”.

Jazz comes from Mobo award winning saxophonist Denys Baptiste. His album Let Freedom Ring! is a tribute to Martin Luther King and the civil rights movement, which he dedicated “to all the people suffering oppression and injustice in all its forms”.

Baptiste says, “I wanted to address some of the situations that are happening now – issues like war, globalisation and poverty. Hopefully it can be part of some kind of healing process for the human race.”

The legendary Jerry Dammers, founder of ska band The Specials and the 2 Tone record label, is renowned for hit singles like Ghost Town and Free Nelson Mandela. He will play a selection of radical reggae and soul music.

Finally there will also be electro, dance and drum & bass from The Bays – a band with a radical approach to making music.

Instead of releasing recorded music, The Bays focus on playing live and connecting with their audience. They are never on stage just to promote an album – and no two performances are ever the same. 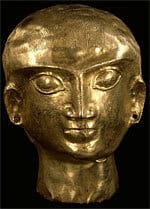 Talking about a 'world on fire'