Italy emerged as a footballing power in the 1930s. How important was football to Benito Mussolini’s fascist regime? Was it associated with opposition to fascism?
Football was very important for fascism. Mussolini helped make the sport into a mass pastime, organised rallies around games and added fascist symbols.

This was particularly true with the World Cups of 1934 and 1938 and the Olympic tournament in Berlin in 1936, all of which Italy won. Radio was the main means by which people followed the game and the commentaries were extremely nationalistic, as were the reports in the press.

The Battle of Highbury match with England in 1934 was presented as a kind of war, and defeat was turned into victory. The 1938 World Cup in France saw anti-fascist protests at Italian games.

However, football also presented fascism with problems. Localism contrasted with fascism’s nationalist ideology—being a fan of a club side was at odds with the whole idea of fascism.

Football itself was in some ways anti-fascist in a weak sense, perhaps. Many footballers were fascists, but others became part of the resistance.

The big teams in the 1930s were associated in some ways with the regime. Juventus, which won five titles in a row, were the car company Fiat’s team, and Bologna had a strong link to the fascist leadership in that town.

Many fans believe Juventus and the Milan clubs exercise too much control over football. How true is that?
Big business and football have always been closely linked in Italy—Pirelli, and then businessman and prime minister Silvio Berlusconi with AC Milan, Fiat with Juventus, oil interests with Inter. These three teams have carved up tournaments among themselves since the 1950s.

Money talks in football and there is a lot of circumstantial evidence of what is known as the “psychological conditioning” of referees—in particular by Juventus.

Today, with the vast sums spent on TV coverage, the big clubs have an even greater control over the game. Nobody else can really win. This dominance has only ever been challenged on a few occasions—by Bologna in the 1920s and 1930s, Torino in the 1940s and the Rome clubs in the 1990s.

Italian football is often associated with a cautious approach, which means teams are happy to try and sit on a one goal lead. Is this stereotype still true?
Catenaccio, as defensive football was known, was not invented in Italy, but it flourished there in the 1950s and 1960s. The basic premise was to concentrate on not conceding goals, and to play a counter-attacking game.

However, it is also part of a stereotype which derives from the lack of “fair play” in the Italian game—the win at all costs attitude which is still a part of the game. Catenaccio could be boring, but it also implied more skilful defending and beautiful, swift breaks from defence.

Italian football became more attacking in the 1990s with the pressing game invented by AC Milan and Arrigo Sacchi. It should also be said that Italians were often simply better at defending than other countries, and have produced some extraordinary players at the back.

In Britain it is rare for football fans to get involved in politics. But in Italy football fans have joined demonstrations. There’s been the emergence of Livorno as a left wing club. How serious is politics among the supporters?
Politics is very serious, and it touches all parts of life. However, most of the hardcore fans are now on the right or the extreme right of the political spectrum.

This has led to a lot of racism and open fascism at football grounds, with anti-Semitic banners, insults directed at black players and swastikas.

Some of the left wing strongholds, such as Torino and Roma, have been taken over by the right in recent years. Little has been done about the racism.

On the left, Livorno are interesting, although their Stalinism is quite hard to take and they are often simply provocative.

Venice fans also led an anti-racist campaign and put up anti-war banners. The link between politics and sport in Italy has always been very strong.

How does the economy of football work?
In recent years the finances of football have been a grotesque parody of the Italian financial system. Clubs have gone bankrupt and been “saved” by financial accounting. New laws have been passed to allow clubs to survive despite falsifying their accounts.

Scandals in football mirror those in Italian society, with corruption rife.

People are extraordinarily interested in the game, and in some ways it has replaced politics and religious belief as the main thing in people’s lives. The media deals in football almost continuously.

Violence, fraud, scandal and intrigue were endemic. The system had collapsed, yet the show went on. Teams continued to play on despite bankruptcy, doping, arrests, investigations.

All this was surreal and disturbing, but perhaps not all that surprising. After all, the president of the Football Federation was also a key figure in the running of AC Milan, whose president is the prime minister of Italy.

In a country where rules and laws are not only broken with impunity, but where those who do so are rewarded for their pains, it is unlikely that the most popular and the most wealthy sport would be a “happy island” of legality, peace and tranquillity.

Sometimes, during the work on this book, I felt like Malcolm McDowell in The Clockwork Orange. I was forced to watch things which have made me sick. I did not think it would be possible but, by the end, I had almost fallen out of love with football.

Calcio: A History of Italian Football (Fourth Estate, £15) by John Foot is available from Bookmarks, the socialist bookshop. 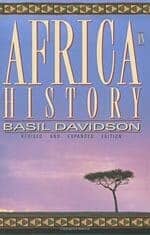 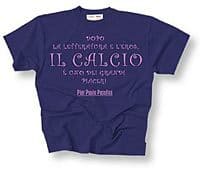