You don’t often get to walk up the Victoria and Albert museum steps following quotes from leading activists such as Martin Luther King Jr.

When you reach the top, there are two large mosaics made up of the high points in class struggle during the last 15 years.

One says “History is a Weapon”, the other “Power to the People”.

And that’s really what the exhibition’s aim is. It focuses on the movements that have sought to bring about radical changes.

Their creativity is held up, such as the subversive art collective Orange Alternative in 1980s Poland and the more recent Italian students’ “Book Bloc”.

The exhibition is quite engaging, with its own interactive iPad app.

It highlights brutal working conditions through interviews with activists. A Syrian film and play plots the struggle against dictator Bashar al-Assad.

As you walk among a collection of “disobedient objects” from 1979 to today, there is a sense of a global protest with objects from across the world.

There are objects from the other side of the world that show snippets of resistance which otherwise would have been forgotten.

When we reach the 21st century they explode into a multitude of dots.

This brings to the fore the idea of the DIY protest.

The exhibition is clearly inspired by anti-capitalist movements. It presents the spontaneity and creativity of protest and what can be achieved.

Yet it also falls short, by brushing over what can really tear down capitalism and unleash our creative potential—working class struggle. 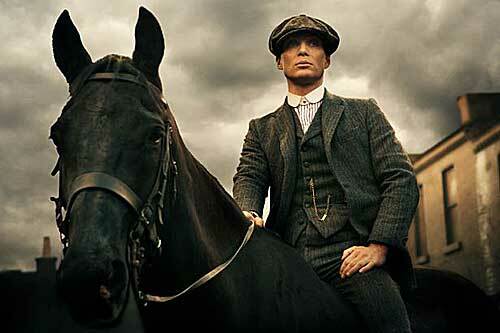 Peaky Blinders: A stylish story of struggles but with revolution as a backdrop

Festival of the Tree