Dreams in a Time of War – Ngugi wa Thiong’o

This article is over 11 years, 8 months old
Kenyan novelist Ngugi wa Thiong’o’s memoir tells of growing up under British colonial occupation and during the Mau Mau rebellion in the 1950s.
By Ken Olende
Downloading PDF. Please wait...
Tuesday 11 May 2010 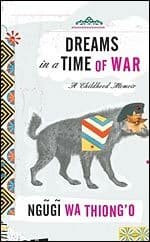 Kenyan novelist Ngugi wa Thiong’o’s memoir tells of growing up under British colonial occupation and during the Mau Mau rebellion in the 1950s.

He is known for his powerful denunciations of imperialism. Dreams in a Time of War sketches how his opinions developed.

Everything is seen through his eyes as he grows from early childhood and gains political experience.

His elder brother Good Wallace left home to fight with the rebels in the hills, which led to the young Ngugi himself being beaten up by British officers.

But alongside a story of rebellion he tells of his dream of getting an education, and his determination to study, even when there was little to eat.

This doesn’t stop him relating some direct history.

Several of his relations fought in the colonial King’s African Rifles, which was part of, “a strategy of using the natives of one region to fight the natives of another region, and in each community to use the chiefs, traditional or created, to suppress their own people on behalf of the British Crown”.

As a boy Ngugi listened to tales of the exploits of Mau Mau leader Dedan Kimathi told by an older friend, amazed by how freely the stories “can move from the natural to the supernatural and back without batting an eyelid. Fact or fiction or both, [the storyteller] makes sense of it all in his matter-of-fact tone and with his occasional irony”.

It is easy to see the inspiration for Ngugi’s own later writing style, mixing the mundane with the fantastical to tell the truth of ordinary people’s lives.

This is a wonderful record of personal awakening that parallels a growing movement, both demanding freedom.

It takes the author from birth until he leaves home to go to school in his teens and will hopefully be the first of several volumes. 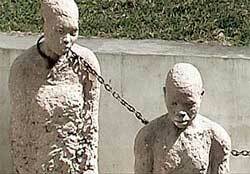 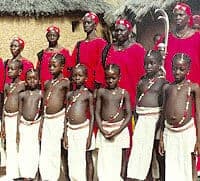