This article is over 16 years, 5 months old
The world’s biggest arts festival is under way in Edinburgh. Arts journalist Mark Brown gives his tips for some of this year’s top events
Downloading PDF. Please wait...
Saturday 13 August 2005

Pick up the brochure for the Edinburgh Festival Fringe and it’s hard to know where to begin. But there are a few companies and venues whose track records make them a fairly safe bet for theatregoers who are in search of powerful drama.

The Pleasance is a regular haunt of Fringe fanatics, and Cage, by London-based political theatre company Badac, promises to be a highlight.

Badac deal in a form of no holds barred theatre which shocks and moves us as audience members. Rather than performing fake violence on stage, where one actor pretends to hit another, they use real physical force against objects.

This proved to be a remarkably effective technique in their Nazi ­Holocaust drama Ashes to Ashes. It seems likely to have a similar resonance in Cage, a play about women trapped in violent relationships.

Switch Triptych, which is presented at the Assembly Rooms by radical US company the Riot Group, is another piece which addresses women’s oppression.

It is set in a New York telephone exchange in 1919, at the moment when the employer announces that the women switchboard operators are to be replaced by machines.

Anyone who has seen the company’s past plays, such as the award winning Pugilist Specialist, will know that the group’s playwright Adriano ­Shaplin gives straightforward polemic a body swerve.

He prefers a complex and intelligent satire which is, in some ways, reminiscent of David Mamet and Harold Pinter. Switch Triptych should be on every theatre lover’s “must see” list.

In fact, if you’re drawing up a list, you could do a lot worse than add Theatre Modo’s version of Alfred Jarry’s modernist satire Ubu (at the Smirnoff Baby Belly), radical playwright Mark Ravenhill’s Product (Traverse, 16-28 August) and Sumidagawa and Kyogen (The Hub, 15-17 August), a fascinating Japanese theatrical double bill from the International Festival programme.

Fans of the robust and fascinating performance style of actor and playwright Steven Berkoff will be glad to see that he is presenting 25th anniversary performances of his show Shakespeare’s Villains (Assembly @ Assembly Hall, 13-21 August).

For those who like their theatre without words, the exceptional visual and physical theatre event Aurora Nova (at St Stephen’s) is an absolute must.

Every year the international programme presents work which touches and exhilarates. It never ceases to amaze me how shows at Aurora Nova manage to create entirely new, absolutely startling images.

There is much more to the festival than theatre, of course. As ever, there are more comedians on this year’s programme than you can shake a stick at. If it’s political comedy you’re after, Robert Newman’s show Apocalypso Now (Bongo Club) promises to be a corker.

John Adams’s opera The Death of Klinghoffer (Edinburgh Festival Theatre, 23-29 August), about the hijacking of the cruise ship the Achille Lauro in 1985, receives its British premiere (tickets start at £7.50).

Finally, as part of Edinburgh’s inaugural visual arts festival, the work of the great French photographer Henri Cartier-Bresson will be on show at the city’s Dean Gallery (until 23 October).

Go to www.eif.co.uk for the main festival site and www.edfringe.com for the fringe

Edinburgh Festival: theatre that can move the spirit 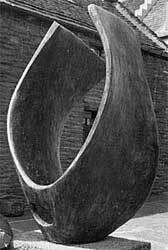 Out of Place Exhibition 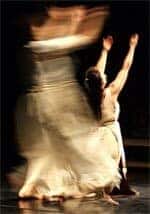