This article is over 8 years, 4 months old
Educating Yorkshire looks at one head’s attempt to ‘turn pupils around’ with punishment. Leeds teacher Sally Kincaid fears that the Daily Mail will love it
By Sally Kincaid
Downloading PDF. Please wait...
Tuesday 03 September 2013 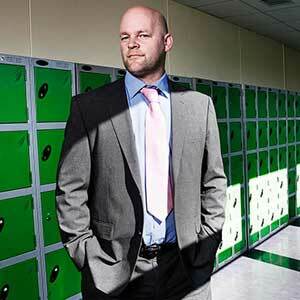 Tory education secretary Michael Gove dreams of transforming our schools. He wants teachers and pupils to be stiff, obedient automatons. Teachers are constantly under pressure to work ever harder—and constantly get serious flak from the right wing press.

Fly-on-the-wall documentary Educating Yorkshire is an opportunity to see what this means in the classroom. It follows Jonny Mitchell, headteacher at Thornhill Community Academy in Dewsbury, and his attempts to “turn the school around”.

He claims he will do this by making pupils turn up on time every day, dress appropriately, say please and thank you and open doors for other people. Mitchell says 70 percent of his job is spent disciplining pupils. Unfortunately 70 percent of the first episode did the same thing.

The programme used 64 cameras to take more than 2,000 hours of footage over seven weeks. So it would have been a good opportunity to get insights from pupils and teachers. But they are pushed into the background by the constant focus on Mitchell and his drive to discipline.

We see how pupils who fall foul of his rules end up in the isolation room. This room is two boards and a wall and is clearly preparing students to work in call centres.

If the first episode is anything to go by, it seems unlikely that Educating Yorkshire will get the same level of criticism as Educating Essex. That programme was produced by the same team earlier this year. The likes of the Daily Mail hated it because it showed pupils and teachers in a sympathetic light.

But it’ll have an easier time with this programme which seems entirely based around Mitchell’s belief that you get the most of out pupils by punishing them. This view of teaching is utter rubbish. But it doesn’t get properly challenged.

A group of Yorkshire teenagers who I watched the program with were angered by it. They felt that the pupils were portrayed very negatively.

But at least Mitchell has one redeeming feature. He does seem to interact with students—unlike my experience of some Academy headteachers. Usually they spend half their time shutting themselves away. The other half is spent walking round with a clipboard to criticise teaching.

However this interaction with pupils is probably more to do with the TV cameras.

It also helps that there’s no threat of an invasion from the dreaded Ofsted inspectors, which hangs over every other state school in Britain every week.

Hopefully the series will pick up and show people the reality of teaching and learning under the Tories. Then it might be more worthy of our interest—and the Daily Mail’s disapproval.

Educating Yorkshire starts Thursday of this week at 9pm on Channel 4 or watch online at channel4.com
Topics Education 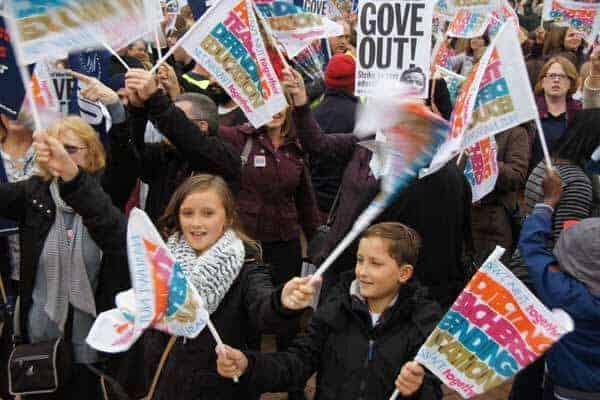 Why the Tories are trying to take our schools back decades