This article is over 20 years, 1 months old
THE NEW Rulers of the World is the powerful new book from investigative journalist and documentary film-maker John Pilger. Pilger has always written and spoken out against war, oppression, poverty and racism. He has been one of the most prominent figures in the anti-war movement in Britain.
By Matthew Cookson
Downloading PDF. Please wait...
Saturday 18 May 2002

THE NEW Rulers of the World is the powerful new book from investigative journalist and documentary film-maker John Pilger. Pilger has always written and spoken out against war, oppression, poverty and racism. He has been one of the most prominent figures in the anti-war movement in Britain.

His latest book is a collection of four essays, mainly based on recent documentaries he has made, which expose the links between globalisation and imperialism. ‘The Model Pupil’ chronicles the West’s support for the brutal coup of General Suharto in Indonesia in 1965. Suharto’s henchmen slaughtered around one million people, mainly members of the Communist Party.

The Western leaders looked on with glee, and the multinationals moved in to carve up the country’s economy between them. The IMF and World Bank gave billions of dollars of loans to Suharto’s regime, despite Indonesia’s invasion of East Timor, where at least 200,000 people died. Suharto was overthrown by a popular uprising in 1998, but Indonesia still owes $262 billion to Western banks and financial institutions.

The second essay, ‘Paying the Price’, reveals the horror of the bombing and sanctions inflicted on the people of Iraq by the US. Thousands of Iraqi children die every month because of the effects of depleted uranium weaponry used by the United Nations (UN) in its 1991 onslaught on Iraq. These weapons have massively increased the cancer rates and other diseases in Iraq. Iraqi doctors cannot treat these diseases because the UN does not allow medical supplies through, as they could be used for military purposes.

‘The Great Game’, the third essay in the book, brilliantly goes through the lies and hypocrisy of our rulers as they carried out wars on civilian populations in Iraq, Serbia and then Afghanistan. Pilger calls this ‘Western state terrorism’. It was always about the control of power and economic resources, not the ‘humanitarian intervention’ claimed. This is the ‘new imperialism’.

The final essay, ‘The Chosen Ones’, shows the horrific systematic racism of Australia, Pilger’s own country, towards the aboriginal peoples, the original inhabitants of the country. The New Rulers of the World allows us to hear the voices of Indonesians working in sweatshops, Iraqi doctors watching despairingly as children die in front of them, and aboriginal people fighting against racism.

Pilger is obviously heartened by the anti-capitalist movement that has swept the world in recent years. After listing a number of recent struggles against capitalism Pilger says, ‘The list is endless and a source of optimism.

‘Contrary to myth, people are seldom compliant. That the real terror is poverty, from which some 24,000 people die every day, is beyond public dispute.’ This is a great book from an author who is writing for the millions of people resisting war and capitalism across the world.

The New Rulers of the World by John Pilger is available from Bookmarks, the socialist bookshop, for £10. Phone 020 7637 1848 or go to www.bookmarks.uk.com

JOHN PILGER will be reading from The New Rulers of the World at Bookmarks, the socialist bookshop, 1 Bloomsbury Street, London on Thursday 30 May at 6.30pm 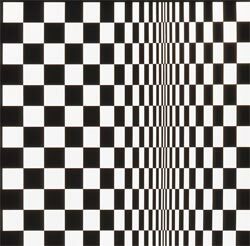