This article is over 20 years, 9 months old
THE IMAGE of the Tiananmen Square massacre of 1989 for me sums up the China of today. A highly repressive and nasty state, every bit as class ridden as the rest of the capitalist world.
By John Tipple
Downloading PDF. Please wait...
Saturday 11 August 2001

THE IMAGE of the Tiananmen Square massacre of 1989 for me sums up the China of today. A highly repressive and nasty state, every bit as class ridden as the rest of the capitalist world.

Yet in 1927 workers in China were poised to change the world through a revolution they led. AndrŽ Malraux’s brilliantly written novel, Man’s Estate, describes this. It is based on his experience as a committed communist, as he witnessed the great events in China in 1927.

There is a wonderful description of the effects of a general strike as one of the capitalists finds himself without his chauffeur. He watches in amazement as ‘all around shopkeepers and workmen were pouring out. The general strike was beginning.

‘This wasn’t like the Hong Kong strike, developing gradually, with a kind of tragic intensity-there was a military precision about it. As far as he could see, not a shop remained open.’

The line coming from the Communist International, now in the hands of Stalin, was flawed and treacherous. It called on the communists to hand their weapons over to the Kuomintang, nationalists who upheld the bosses’ property rights.

The workers paid for this mistake with their lives as the Kuomintang put strikers to death. This book provides a valuable insight into a fantastic part of working class history. 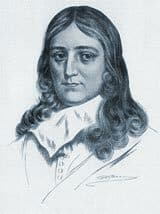 John Milton: poetic genius who was at the heart of revolution