This article is over 10 years, 0 months old
Margin Call is a dark tale of greed and ignorance at the heart of finance, writes Christine Lewis
By Christine Lewis
Downloading PDF. Please wait...
Tuesday 17 January 2012

The frenzied 24 hours leading up to the banking crisis of 2008 form the claustrophobic setting for director JC Chandor’s debut feature.

Margin Call unfolds in the offices of a fictional Manhattan investment bank.

It explores the different experiences and responses of employees as news of the bank’s dire circumstances starts to flow upward through the company’s hierarchy.

Chandor’s father worked as an investment banker for more than 35 years, and the director grew up in a world of bankers and banking. So his portrayal of the mindsets, ethics and moral dilemmas that take place in the film is probably broadly accurate.

The characters are given a human face but they are never let off the hook.

Chandor’s criticism of capitalism is moderate, but he exposes a cut-throat world where competition and a ruthless drive to accumulate wealth are the prime motivation.

The opening shots, a thinly disguised reference to the familiar scenes at Lehman Brothers, show sacked employees leaving the office with boxes of belongings. Nervous colleagues watch and wait to see who’s next.

Sam Rogers (Kevin Spacey) is the boss overseeing the sales force. He is seen staring out of the window in tears—though we soon find that he’s just found out that his dog is dying.

He goes on to point out to the remaining workers that three out of every ten people standing in their way for promotion have just left.

One of the sacked employees is Eric Dale (Stanley Tucci), a risk assessment analyst.

As he is escorted out of the building he manages to pass a memory stick to Peter Sullivan (Zachary Quinto), a junior employee.

He explains that he had been working on something that should be looked at, ominously warning him to “be careful”.

Curious, Peter stays late at the office to investigate. To his horror he finds that Eric’s calculations reveal projected losses greater than the value of the company itself.

This is where the film takes an even darker turn. It brilliantly creates an atmosphere of impending doom which plays out like a disaster movie as cold panic moves slowly up the chain of command.

Throughout the night, senior bosses are called back into the office for emergency meetings. They are joined finally by John Tuld (Jeremy Irons), the black-hearted CEO, who is flown in by helicopter.

Irons is brilliant and bears more than a passing resemblance to the head of Lehman Brothers, Dick Fuld—though he’s a little less scary.

Making the point that the higher the rank in the company, the less is understood about it, John directs Peter to explain the situation “as to a small child or a golden retriever”.

“It wasn’t brains that got me here, I can assure you of that,” he says.

His callous decision is to dump the toxic securities onto customers, knowingly putting them out of business and triggering the whole meltdown.

He overcomes the moral crisis that this creates with generous handouts and the promise of a bumper payout if the stockbrokers can sell off 93 percent of their bonds.

The film successfully conveys how corrupt the financial system is and how oblivious it is to the lives of ordinary workers.

It opened to rave reviews in the US last month. And it will certainly inform popular debate in Britain.

Margin Call is in cinemas now

Zaha Hadid: when the art of building is commanded by capital 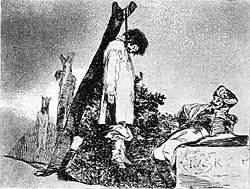 Fantasies, Follies and Disasters: The Prints of Francisco de Goya 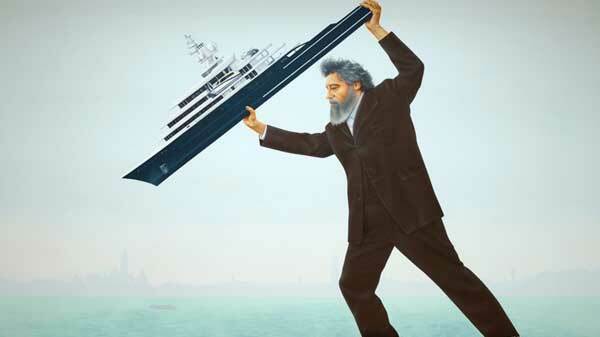