Gladiator Games tells the story of Zahid Mubarek, who was murdered in his cell at Feltham young offenders institute in March 2000 by his cellmate, a known violent racist.

The independent inquiry into the case, which the then home secretary David Blunkett fought to stop happening, is due to report this spring.

The title of the play refers to two things. Firstly, the battle by the family against the state to find out the truth behind Zahid’s death.

Secondly, the alleged game played by prison officers where they would place prisoners who were likely to fight in cells together, and then bet on the outcome.

The four rows behind me were filled with teenagers around the same age as Zahid was when he was killed.

Outside of the pantomimes I was forced to sit through as a child, this had the most vocal audience for any production I’ve ever been to. People were moved and angry.

This is a play that makes people want to fight against injustice. The discussion after the show centred on the failures of the prison service and what people could do to help the campaign.

The play is quite similar to other recent testimony plays, such as Bloody Sunday and The Hutton Inquiry, in that it is largely made up of extracts from the inquiry. But there are also words from family members, as well as from Zahid himself.

Director Charlotte Westenra, who was involved from the beginning of the research process with writer Tanika Gupta, explained what they had hoped to achieve with the play.

She said, “We didn’t want this to be a court-based drama populated with white middle class lawyers. It was really important to give the family a voice, to give Zahid a voice.

“There has been a real resurgence in political theatre. I think one of the reasons that these testimony plays are so powerful is because they allow us to see behind that closed door. Public inquiries should be just that, public, but they’re not. They should be televised.”

This is a very sparse production – the five actors inhabit a boldly lit, almost bare stage. This allows the reality of the story to take centre stage. Shiv Grewal as Mubarek Amin and Suresh Grover deserves mention. I almost thought he was two separate actors.

The reason everyone should see this play is that it highlights a truly shocking case of institutional racism and its consequence. Robert Stewart, who murdered Zahid Mubarek, was a young man who had a record of racial violence.

He was in Feltham for sending threatening letters. Further letters he sent from Feltham included one saying he would “kill my fucking padmate”, which he signed “Stephen Lawrence”.

One of the strongest things about this production is that it is not about this one solitary racist.

It is about the institutionalised racism of prisons and magistrate’s courts. Robert Stewart is a man with serious mental health problems, which were noted and then ignored by the prison staff during his time in young offenders institutes between 1997 and 2000.

Speaking at the after-show discussion, Zahid’s uncle, Imtiaz Amin, said, “The prison service tells us that measures are in place. But when we recently spoke to the director general of the prisons service he said he couldn’t guarantee that this would not happen again.”

Writer Tanika Gupta said, “I saw a report last week that in the past year there have been 500 reports of racial violence at Feltham. And that’s just what’s reported.

“While my mind remains open on the matter of a gladiator game in this case, I have no doubt that the prison service is institutionally racist. Why else could staff at Feltham place a young Asian man, serving his first custodial sentence, in a cell with a known, violent racist?”

Anti-racist campaigner Suresh Grover said, “Post-9/11 and post the July bombings in London, we have seen a dramatic change in attitudes towards Muslims. The instances of stop and search, imprisonment and racial abuse of Asians and Muslims are on the rise.

“Zahid’s death was not solely the responsibility of Robert Stewart. Decisions were made in Feltham that led to his death.”

Lawyer Imran Khan, who represents the family, said, “Blunkett refused to listen. He refused to meet with the family.

“The inquiry didn’t deal with the issue of sentencing. Why not? Why was Zahid sentenced to 90 days for stealing £6 worth of razor blades?

“I believe that the government will hide behind the general attitude towards prisoners, especially since 9/11, in order to not accept the recommendations of the Zahid Mubarek inquiry.”

This sentiment was echoed by Charlotte Westenra, who said “We must pay attention when the recommendations come through. The only way things will change is if everyone who comes to see this play, everyone who knows the case, goes on to lobby their MP.

“The prison system is failing. When Tanika and I interviewed Zahid’s uncle I asked him about rehabilitation of people in prison. He just laughed at me. He said that ‘during the entire inquiry not one prison officer had mentioned the word rehabilitation’.

“What are our prisons for? When Zahid was in Feltham the inmates were kept in their cells for up to 22 hours at a time. How is that supposed to prepare anyone to deal with normality?”

Suresh Grover agreed, saying, “Unless people make a fuss about prisoners and how they are treated, nothing will get done.

“Politicians think that voters don’t care about prisoners. But when people are sentenced to time in prison they lose their liberty. They should not lose their right to life.”

This is a politically spot on play that you should see if you can. If you can’t you can also buy the script.

Gladiator Games is showing at the Theatre Royal Stratford, east London, until 25 February. Post show discussions will take place most evenings. For more information on the play go to www.stratfordeast.com or phone 020 8534 0310 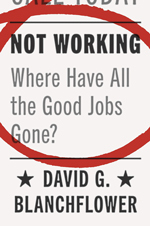