Hannah and Hanna shows we can break down racism

John Retallack’s play Hannah and Hanna was originally produced in 2001, when many refugees were placed in seaside towns and faced a tide of racism.

The new production’s director James Haddrell told Socialist Worker about the reasons for reviving it at the Edinburgh Festival Fringe.

“The play is about two teenage girls—Hannah from Margate in Kent, who utterly hates it, and Hanna from Kosovo,” he said.

James explained that “Young people’s view of the world will be shaped by the National Front and asylum seeker rhetoric”.

“The play looks at if the two of them can overcome it.”

Can a shared love of karaoke bring the two 16 year olds together?

But James stressed that the play is not a simple rerun of the earlier production.

“We’ve kept the play set during  the Kosovo situation, but it’s obviously related to what’s going on in Calais,” he said.

“The Syrian civil war has been going on for four years. But it’s become a major issue all of a sudden because of the situation in Calais.

“That’s because the media is holding up Britain as the ‘go to’ destination for asylum seekers—which just isn’t true.”

They’ve not changed the text, so it still refers to the National Front rather than the EDL, but they have made changes to try and link it to rise of racism against migrants.

“We’ve recast Hannah from Margate as a black girl,” he said. “What interested me is how Ukip’s rhetoric shifted from race to ‘foreigners’.”

Migrants who’ve lived in Britain can show hostility to new ones.

Migrants blaming new migrants is a reaction to the rise of racism in society, but playing up those divisions isn’t useful.

The play’s reception has actually surprised some people.

James said, “People who regularly read the Daily Express newspaper and have right wing opinions have been captivated by the play.

“It shows that we can reach past that sort of rhetoric.” 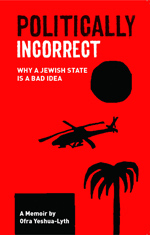 The Great Walls of Mexico