Channel 4’s new eight-part drama Humans is set in a “parallel present”. It’s identical to our own, except for lifelike robot servants called synths.

In the first episode an annoying, “typical” middle class family gets a female synth, Anita (Gemma Chan). Laura (Katherine Parkinson) is a lawyer who has to spend time away from home. She feels Anita is undermining her role in the family.

Their children ask what’s the point of studying if they will be replaced by a machine.

And an aging scientist is determined to keep an out of date synth because it remembers his dead wife better than his own failing memory. It is never clear why he could not upload the old memories into a newer version.

Elsewhere, brothels are now full of synths who don’t resist or complain.

Meanwhile, a group of synths who have developed consciousness are on the run from the police who are mercilessly hunting them down.

The word robot, which means worker, was first coined in a 1921 Czech science fiction play.Ever since then the idea of people becoming machines or becoming obsolete has been central to all such stories.

There is nothing particularly new here, with echoes of science fiction favourites from I, Robot through Blade Runner to the recent Ex Machina.

But the integration with an otherwise unchanged 2015 Britain is clever.

It may develop into something more original. But in the meantime it is both fast paced and entertaining. 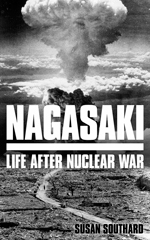