Hurricane Season, Fernando Melchor’s first book to be translated into English, is a beautiful piece of writing and a compelling mystery. We begin with a body being discovered: the Witch is dead. Over the course of the story – a beautifully constructed novella of barely more than 200 pages of brutal, at times ugly, yet almost poetic prose – we are swept into a world of fear and hatred, violence and alienation.

There is something majestic in the way the language draws each character into its cyclical tornado-like narrative: the gravitational force of a character pulling with them their history and the world around them.

The lack of speech punctuation and paragraphs allows Melchor to move seamlessly from internal thought to dialogue, from the individual to community, and from narrative to gossip and rumour in a way that never feels clunky or alienating for the reader.

Indeed, this is all accomplished with a lightness and craft that immerses you in the small Mexican village of La Matosa. The village itself is one in which all of our protagonists appear to live on the margins of society, under the shadow of the oil company and yet barely conscious of it in their day-to-day lives.

Beyond a fantastical promise of possible escape – one that seems less tangible and more naïve than the ready and very richly realised opportunities of crime, prostitution, superstition and exploitation that abound – the oil company is vague and ill defined. This offers La Matosa and its inhabitants a supply of equally ill-defined figures who would exploit our characters and nothing more.

Yet those figures are never the focus – it is the brutal agency of the village inhabitants and the gravitational pull and attraction of the witch’s house, which always drives the action.

La Matosa itself seems a world in which racism, homophobia, transphobia and misogyny are everywhere, and almost everyone we meet is a mixture of victim and abuser, exploited and exploiter. As such, the language often makes incredibly uncomfortable reading. The normalisation of sexually violent, racist and homophobic language can be deeply distressing.

Hurricane Season is a damning indictment of capitalism and a horrifying portrait of alienation, loathing, fear, envy and sexual violence. The focus is on male violence, and particularly the male violence of those who are disenfranchised and marginal.

Yet for me, as beautiful as it is, and as much as I was captivated and transported by the world Melchor has built, there was a despair about the novel that I found hard to reconcile with the actual world.

Melchor (and Hughes with her beautiful translation) have presented us with the destructive nature of capitalism and alienation, and in doing so there is a hopelessness at the heart of the story which I found most devastating but also, perhaps, implausibly pessimistic.

Overall, this is a beautiful and brutal story that had me utterly gripped, with characters who were all richly developed and oddly attractive. As such, this is certainly a novel that will have a profound effect on all reading it and provoke complex emotional and political reactions.

I find myself grappling with the pessimism, the prevalence of hate speech and the violent loathing that dominates the characters’ views of themselves and of others. Perhaps the power of Hurricane Season lies in this complex and conflicted response, which will prevent this from ever becoming a forgettable read.

Out of the Closet

Carmen: A rebel against capitalist morality 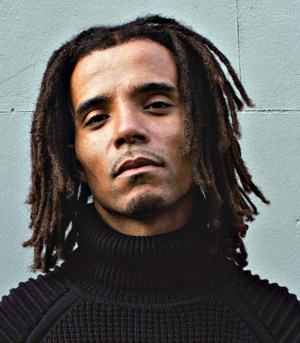 Searching for the roots of Reggae’s liberatory sound