This article is over 11 years, 11 months old
Yuri Prasad interviewed Ian Hawkey, whose book about the history of African football has been shortlisted for the William Hill sports book of the year
Downloading PDF. Please wait...
Tuesday 26 January 2010

Many commentators reject any link between sport and politics. Why don’t you?

There are so many direct links. Football associations and participants were involved in the anti-apartheid struggle in South Africa, for example. Sometimes countries use national teams to forge new identities post-independence.

In Ghana, one of the first West African states to free itself from colonial rule, president Kwame Nkrumah took a very hands-on interest in football and particularly the national team, the Black Stars.

It is often assumed that football arrived in Africa with colonialism. Is that true?

Colonialism brought the Football Association rules of football to Africa, but several ball games existed long before then.

In Egypt during the Pharaonic age, balls were made out of leather hides or cotton-fibre, and stuffed with dried palm or papyrus leaves.

There are paintings on the walls of tombs in Minya, south of Cairo, which show pictures of figures preparing to kick at the balls.

The San people of southern Africa played a fast moving sport using balls crafted from the hide of hippopotamuses’ necks.

How did colonial powers, and their opponents, see the role of sport in Africa?

Many occupiers feared sport as an area where their domination might be challenged.

In 1913 Baron de Coubertin, founder of the modern Olympics, worried that any “triumph, even a light-hearted, friendly one, by the dominated race against the dominant one, could encourage rebellion”.

But sport was also useful. Fitness meant strong fighters – and Britain and France conscripted half a million Africans between them during the First World War.

Missionaries set up teams attached to churches to attract Africans to Christianity.

Stadiums became useful meeting points in several cases. In Nigeria, they were the focus for nationalist meetings.

Their games would be combined with a party or a dance where he would give speeches dotted with sporting metaphors.

Your story of Algerian footballers who left the French leagues after a call from the national liberation front (FLN) is fascinating. Could you recount it for our readers?

In 1958 several Algerians were playing professionally in France, as the war against French occupation entered one of its bloodiest phases.

The FLN, the guerrilla army fighting for independence, put the idea of a wholesale defection to them.

The plan was that a team of Algerians would leave France secretly, gather at the headquarters of the FLN in Tunisia and launch an “illegal” national team.

Superstars including Rachid Mekloufi and Mustapha Zitouni gave their okays to the daring scheme. The weekend of 13–14 April 1958 saw the grand exodus.

Some plans went awry. One player, Mohammed Maouche, was arrested, tortured and imprisoned. But the majority made it to Tunis and formed their “Algeria” team.

They were inundated with invitations to play in the Arab world, China and Vietnam and the then Eastern Bloc, even though Fifa, football’s governing body, refused to acknowledge them.

They were a great team too. They won 65 out of 91 matches in four years.

How are things different for African football players today – and what barriers remain?

Colonialism took ownership of the best African players. The great Larbi Ben Barek played not for his country, Morocco, but for France.

Similarly Eusebio, a star of the 1960s, couldn’t represent Mozambique but played for its occupier, Portugal.

Even independent Africa was stymied in its efforts to play at World Cups.

The whole continent was denied a single automatic place at these tournaments until 1970 – and they got that only after boycotting the 1966 tournament in England.

There’s a wider sense that Africa is seen as a place to go and find talent and then take it elsewhere. This flight of talent is detrimental to the domestic game in Africa.

African footballers face racism in many places. But fans can challenge this very effectively, and many do.

Feet of the Chameleon: The story of African Football by Ian Hawkey will be available in paperback in April. 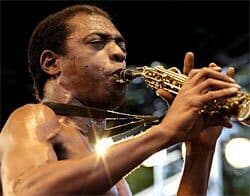 Femi Kuti interview: ‘We are not independent if Africa is still begging’ 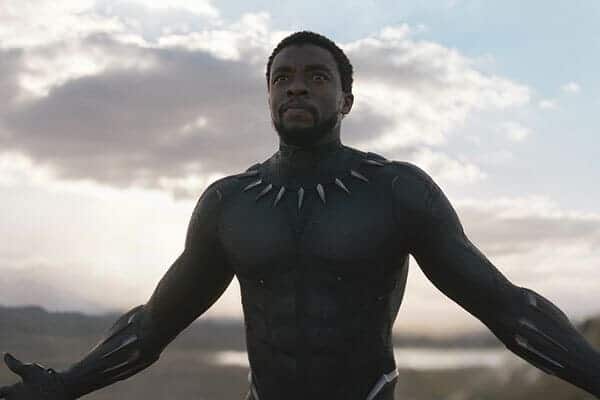