This article is over 19 years, 7 months old
WHEN I saw The No-Nonsense Guide to Class, Caste and Hierarchies I was excited about reading a book on class in the 21st century. However, this book disappoints.
Downloading PDF. Please wait...
Saturday 15 June 2002

WHEN I saw The No-Nonsense Guide to Class, Caste and Hierarchies I was excited about reading a book on class in the 21st century. However, this book disappoints.

The first half gives a brief history of the working class. Author Jeremy Seabrook talks about the emerging working class in the developing world and the widening gap between rich and poor, which is interesting. The second half of the book looks at class in the 21st century in the face of globalisation.

There are many points in this part of his book I disagree with. For example, he argues that Western workers are bought off by consumerism, and benefit from the exploitation of the developing world. The main problem with this book is its pessimism. There is no mention of the resistance to capitalism until the last two paragraphs. Demonstrations are only referred to in passing.

I don’t think this book offers a useful guide to class today. Other titles in the series may be more useful.
RACHEL EBORALL

RICHARD SWIFT’S The No-Nonsense Guide to Democracy argues that the free market is an anti-democratic force. The market determines vital matters that should be decided by the people in a democracy.

Self serving ruling classes distort democracy, with the free market deciding who will be rich or poor. Swift explores how ‘democratic outbreaks’ occur around the world, where people take matters into their own hands. Swift looks to ‘a democracy that roots itself in the everyday lives of fishers in India, traders in Kampala and workers in the Basque region of Spain. A democracy of the cities, the factories, the neighbourhoods, even the world-system.’ And this is a dream shared by every anti-capitalist the world over. The No-Nonsense Guide to Democracy, although limited in length, leaves the reader thirsting for more.
VIREN SWAMI

Fado — a powerful expression of poor and working class life 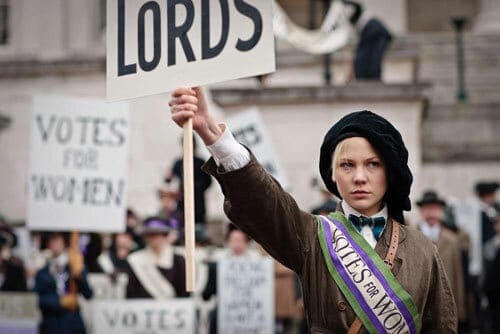