This article is over 14 years, 3 months old
Acclaimed reggae poet Linton Kwesi Johnson is to headline the Cultures of Resistance gig in central London in July, it was announced this week.
By Yuri Prasad
Downloading PDF. Please wait...
Tuesday 22 April 2008

Acclaimed reggae poet Linton Kwesi Johnson is to headline the Cultures of Resistance gig in central London in July, it was announced this week.

Linton made his name as a radical poet in the 1970s, writing verse that spoke of the experiences of young black people in Britain, and the fight against racism in particular.

The concert, which comes at the end of the annual Marxism festival, will bring together a range of radical artists who want to reaffirm the link between music and politics – a link that Linton has championed for the past three decades.

In an interview with Socialist Review in 2002, Linton explained why his art had evolved from his politics.

He said, “I didn’t believe that at that time a black poet could have the luxury of art for art’s sake – it had to be part of the struggle.

“I tried to use poetry to highlight particular movements and record certain events.

“I was involved in the carnival movement, and when they tried to ban the Notting Hill Carnival in the 1970s I wrote a poem called Forces Of Victory.

“There was the campaign to get rid of the infamous “sus” laws that were used against my generation mercilessly by racist cops. I wrote a poem dealing with that called Sonny’s Letter.

“That’s the way that my poetry and my political activity came together.”

Though initially sceptical of the British left’s commitment to the fight for black liberation, Linton was deeply moved by the murder of socialist teacher Blair Peach by police during an protest against the Nazi National Front in 1979.

In response to the killing Linton wrote one of his best known songs entitled Reggae Fi Peach.

After the collapse of the Stalinist regimes in Eastern Europe in 1989 Linton released his Tings An’ Times album, which is a considered work that celebrates the end of the dictators and attempts to grapple with the new world order.

Organisers of the Cultures of Resistance gig believe that Linton’s brand of conscious reggae will have an appeal across the generations. Few would doubt that the issues that dominate his work are as relevant today as they were 30 years ago.

The Cultures of Resistance gig takes place on Monday 7 July. For more details go to www.marxismfestival.org.uk 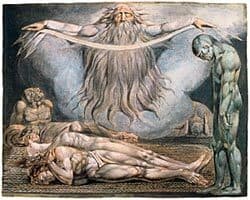