Looted is billed as a crime thriller, but it’s not really that at all.

Instead this is a slow paced, claustrophobic, but absorbing picture of how people live with each other when they’ve got no future and nowhere to go.

Rob is a young man who has to look after his dad, dying of asbestos poisoning after working at sea.

He tells his dad he’s out looking for work, but really he’s out stealing cars. The publicity says Rob lives “at 100 miles an hour”. But it doesn’t really seem like that.

He lives a stressful but monotonous life in a place that looks like it’s probably Teesside.

Nobody likes living there, but they haven’t really got anywhere else to go. So they just live through it in a haze of spliffs and cans of cheap lager.

The real strength of the film is the quiet, understated, and most of all realistic, conversations the characters have with each other.

Oswald keeps talking of how his job helped him get away. He wants the same for his son.

But looking at how the job will kill his dad, after leaving him without support or compensation, Rob doesn’t see it that way. All he’s got for money and fun is stealing cars.

He doesn’t so much keep the bits of his life separate as he does tenuously manage them just to hold things together.

That’s until it all goes wrong in an event that leaves everything shattered, but somehow no further forward or back than it was before.

It’s almost an anti-climax, ending with a sense that life goes on even when it doesn’t seem to be going anywhere.

Looted, directed by Rene Pannevis, is out on various streaming platforms from Friday 6 November
Topics Reviews 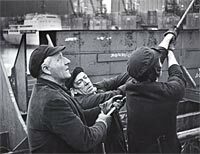 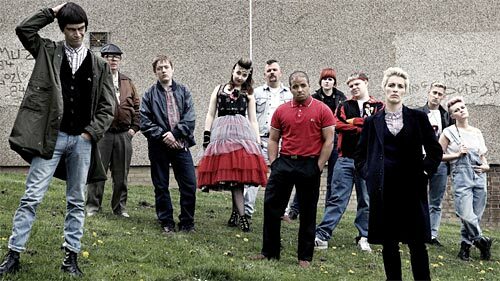