Bridget Jones lives in a world very different to the reality for most women—and men—in Britain today.

In her world, current affairs have no effect and no one worries about money. Everyone is white.

And you judge people’s happiness on whether they’ve had their hair done and if they are in a relationship.

Her diaries first appeared as a newspaper column in 1996.

Since then, through three books and two films, many thousands of women have identified with Bridget Jones.

Bridget famously spends much of her time obsessing over how much she weighs and whether she is going to fall in love.

There has been debate in the press about whether this is good or bad for women.

Is Bridget Jones really, as Suzanne Moore wrote in the Guardian, “anti-feminist literature” to make women think this is all they are worth?

Or does it reflect, and satirise, the real pressures that women are put under to look and live a certain way despite the apparent freedoms we have won?

Ultimately Bridget is likeable because she is fallible. There is a strong slapstick element to the books and films. She always says the wrong thing, and can’t work out how to turn the taps on in public toilets.

The latest book is called Mad About the Boy, and follows Bridget now aged 51.

It has produced a small wave of stories about fans being upset because Mark Darcy, one of Bridget’s love interests, has died and left her a widow.

Yet there is little evidence that anyone is bothered about the death of a fictional character.

There is, of course, nothing surprising about Bridget at 51 still being very similar to the Bridget of her 30s.

But you’d think she might have got over the embarrassment of things like bumping into someone she knows when buying condoms.

Writing a diary is a self-indulgent project and Bridget Jones is entirely absorbed in her own life in a way most of us don’t have time for.

But despite things not going her way Bridget keeps pulling herself together, just as women with much harder lives do every single day.

The difference is that for Bridget there is always a happy ending.

And if you want to escape for a bit there’s nothing wrong with enjoying it.

Bridget Jones: Mad About the Boy by Helen Fielding. Published by Jonathan Cape, £18.99 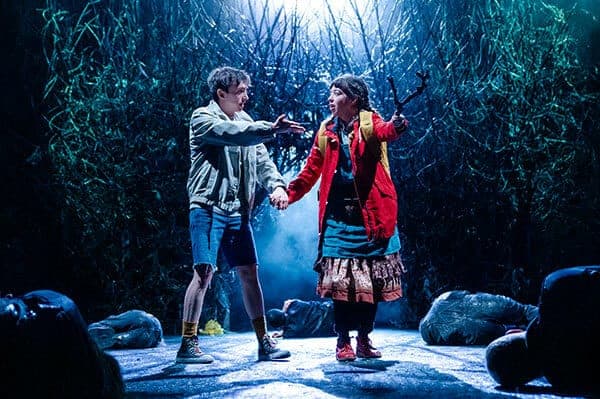 Robin Hood: ‘Loved by the good feared by the bad’...or was he?