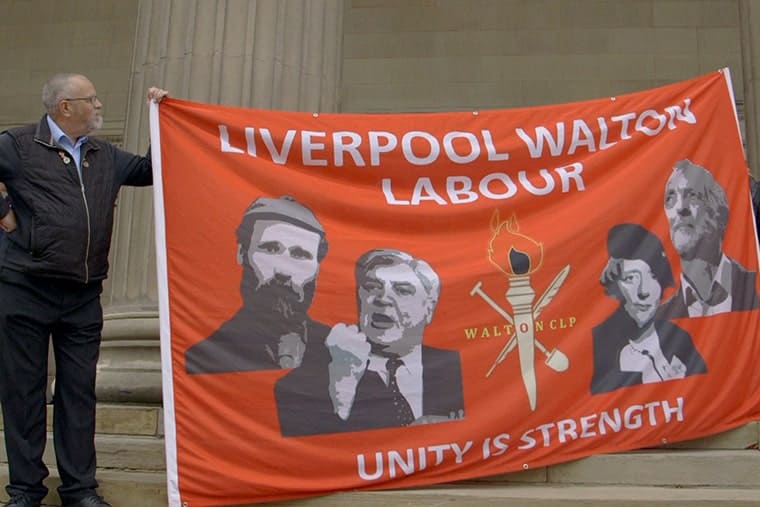 Left wing activists might not want to dwell on the 2019 general election. But Manifesto—the latest Labour Party-focussed documentary from Shut Out the Light films—is keen to tell the story from the activists’ perspective.

Manifesto follows members of the Liverpool Walton constituency Labour Party (CLP) as they campaign in the weeks and months ahead of the election. We see early on how, for Labour Party members, the election is the chance to change the world. As one puts it in a campaign meeting, “If we can say we’re going to tax these rich bastards at the top, people are going to think we can do this.”

But we also see in Manifesto how the goal of bringing the movement—strikes and protests—into Labour ends with an internal focus on selecting the right candidates as MPs.

As the CLP secretary Alan Gibbons—who has since been forced out of Labour—explains, “We want to make sure that the party now reflects the way the membership thinks—that we do go on picket lines, we are involved in grassroots campaigning. We need MPs who unequivocally support the party leader.”

Finally, we watch the slow demoralisation as activists face up to the defeat, then face punishment under the party’s new right wing leadership. Some are suspended, others drift away.

Manifesto aims to end on a hopeful note. Walton’s activists stay together, with appeals to stay on in Labour and keep fighting. Corbyn was hard done by—we’ll be better prepared next time, they seem to say.

But in that sense rather than gearing up for battles to come, they—like Manifesto—are still reliving the battles of Corbynism, now in the past.