It’s a Sin is both a joyful celebration of self expression—and an angry tribute to those whose lives were betrayed by homophobia, writes Isabel Ringrose
Downloading PDF. Please wait...
Friday 29 January 2021

It portrays the brutal reality of how HIV/Aids tore lives apart and was allowed to spread because of rampant, top-down homophobia.

The stigma LGBT+ people already experienced was heightened by the outbreak of HIV/Aids in 1981. It was ignorantly “associated with the homosexual population”.

But It’s a Sin is also about the new freedom, pride and self-expression of young gay men embracing their sexuality. It pays tribute to those taken by the virus and those left behind.

The series follows five friends, from their sexual awakening as they start new lives in London, to suffering through the crisis in different ways.Their experiences represent countless more hidden and harrowing stories.

Colin also befriends Henry, his gay co-worker, who lives with his partner of 30 years. The haunting realisation of HIV/Aids creeps into their lives when Henry’s partner becomes ill with a rare “pneumonia”.

Soon after, Henry is diagnosed with “cancer” and is locked in a hospital room alone, unable to contact his partner. Dying partners were often separated by families or bigoted doctors.

The five characters have the world at their feet. But we are aware of the impending horror.

News of gay men dying from sex starts to seep into the conversation. And sections of the media begin to discuss the “gay cancer”.

Joy and heartbreak are poignantly portrayed

Ritchie dismisses the virus as a homophobic slur, showing the danger of misinformation.

But as talk of HIV/Aids starts to spread so does the anger at the limited information available.

Jill calls it “a great big killer disease and it’s happening in silence”. She wants friends to be aware of the virus and later supports them through their illnesses.

She tells them not to blame other men, but those promoting propaganda and preventing access to treatment. Her mother, who is played by the real-life Jill, says, “If we had heterosexual boys dying in these numbers the world would’ve stopped.”

The disease is shown in all its cruelty and there is rage at the lack of dignity victims were given. Government information about the virus is eventually released, but it’s too little too late.

And the stigmatisation does not disappear. At an “Aids needs Aid” protest bystanders scream homophobic abuse at the demonstrators.

Joy and heartbreak are poignantly portrayed in the series. The acting, music and character development play a vital role in telling the story. The characters fight for the truth behind their deaths to be exposed. One character reminisces on the fun he had with his lovers, unwilling to let those memories die with him.

It’s a Sin shows people hit by the tragic reality of HIV/Aids, who watch friends fall ill and disappear, but fight back in defiance.

Watch the full series at channel4.com, or weekly on Channel 4 on Fridays at 9pm.

The fight against the stigma—then and now

In living memory countless gay men died alone, out of shame, from Aids.

The fear many felt of their sexuality being exposed was magnified by fear of catching the virus. Victims were shunned, seen as dirty and a public menace.

Over 30 million people worldwide have died from Aids since the start of the epidemic.

And for young LGBT+ people, It’s a Sin shows us a hidden history.

The Tories introduced Section 28—which banned the “promotion of homosexuality” in schools— at the peak of the crisis.

This has had lasting damage on our education of LGBT+ struggles.

The series also gives a vital education on what HIV and Aids are, and how they spread.

Nowadays medicine is available that allows people with HIV to have long and healthy lives with the virus untransmittable and undetectable in their bodies. And PrEp pills prevent contraction of HIV.

In Britain in 2019, 94 percent of people living with HIV knew they had it and 98 percent of those were on treatment.

But stigma still exists—rules banning gay and bisexual men from giving blood in Britain were only relaxed in December 2020.

And medication is far from being available to everyone worldwide. 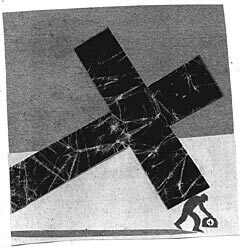 Aids: when ABC is wrong

HIV: why profit comes before treatment