Michael Rosen’s Christmas story: It’s not all plain sailing for the bosses

This article is over 10 years, 1 months old
Six men went fishing. One of them was the captain and it was his boat. The five men caught ten fish.
Downloading PDF. Please wait...
Tuesday 13 December 2011

Six men went fishing. One of them was the captain and it was his boat. The five men caught ten fish.

“Five of those fish are mine,” said the captain, “and five are yours, that’s fair,” he said, “I’m the captain and it’s my boat.”

A storm blew up and the boat got blown out to sea. They were lost. “We had better start eating the fish,” said the men. The men ate their fish, one fish each.

The captain ate the first of his five fish. The boat drifted on. The men started to look at the captain’s fish. “Why are you looking at my fish?” said the captain. “I’m the captain and it’s my boat.”

“But how did you pay for the boat?” said one of the men.

“By selling all the fish I caught,” said the captain.

“And we catch the fish,” said the men.

The boat drifted on. The men got hungrier and hungrier.

“I tell you what we have to do now,” said the captain, who had now eaten three of his five fish. “I’ve worked it out, the only way we can survive is for one of you guys to jump overboard, so if you’d like to work that out and then we’ll share out what’s left of the fish.”

The men got in a huddle, had a long talk and then jumped on the captain and threw him overboard.

True to Life?—New Photography from the Middle East 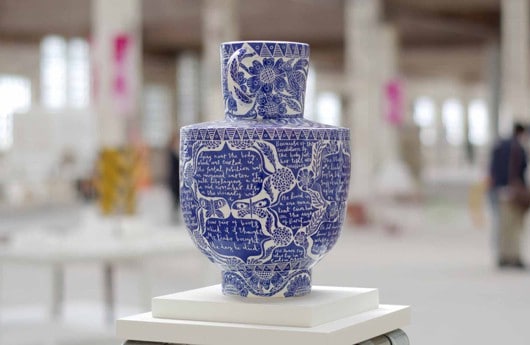