The story of Nelson Mandela’s life and the struggle against apartheid is a captivating one. And that’s what makes the new film based on his autobiography well worth watching despite its flaws.

The film starts with Mandela (Idris Elba) as a young lawyer, initially quite reluctant to get involved with politics despite making friends with a number of leading activists.

But after a bus boycott in 1948 he gets involved in the anti-apartheid African National Congress (ANC) and quickly assumes a role in his leadership.

Horrified by the Sharpeville Massacre in 1960, when police turned their guns on a crowd of protesters and killed dozens, the ANC turned towards armed struggle.

The film doesn’t shy away from showing him make the decision to fight, going underground, taking part in terrorist attacks on power stations and going to train in North Africa.

Mandela himself makes a similar point years later, when the apartheid government asks him to make the violence stop. He lays the blame for violence with the South African government.

Naomie Harris plays Mandela’s second wife Winnie Mandela. Unlike his first wife and his mother, who tried to keep Mandela out of politics, Winnie seems more representative of the young South Africans who weren’t afraid to fight.

Winnie joins the struggle—and is brutally persecuted for it herself.

While Mandela suffers humiliation and hard labour at Robben Island prison, she too is repeatedly arrested, beaten, jailed and even condemned to long periods in solitary confinement.

Poignant scenes show the effect this life has on them both, their marriage and their family.

When Mandela sees his teenage daughter for the first time since she was a toddler, it really brings home the sacrifice involved in their struggle.

But the film is quite unfair in its treatment of the tensions within the movement.

While the ANC governments since apartheid have been strongly neoliberal, there were many who hoped for a more radical break with capitalism.

But the filmmakers put the emphasis on a supposed choice between hatred and revenge or conciliation.

Winnie, standing in for the radical wing of the movement, comes off as embittered by her persecution.

Mandela’s repeated refusals to break his links to the Communist Party are not shown at all.

This major blind spot is frustrating, and the decision to cast two black British actors in such major African roles can be a distraction.

But this film is still a good antidote to the hypocritical politicians who want to reinvent Mandela the freedom fighter as a saint who always turned the other cheek.

Mandela: The Long Walk to Freedom is released on Friday 10 January 2014

Social Structure and Forms of Consciousness 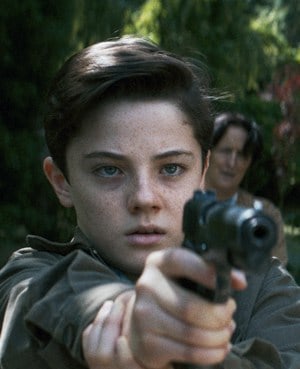 The White King tries too much—and fails as a result