New play will tell the truth about Genoa

This article is over 17 years, 4 months old
Kelly Hilditch spoke to Robert Rae, director of Black Sun Over Genoa, which will be perfomed in Edinburgh before and during the G8 summit
Downloading PDF. Please wait...
Saturday 02 April 2005

Black Sun Over Genoa, is the story of the people who went to Genoa, Italy, in 2001, the reasons they went and the impact of the events on them. The play involves around 60 volunteers from the local Edinburgh community. We are using a lot of media footage, film footage of what happened.

Scotland is hosting the G8 — not that we’ve been asked — but we’re hosting it. We knew there would be a lot of negative publicity around the G8 and around what happened in Genoa at the G8 summit in 2001.

We knew there would by a myth that there were these anarchists who attacked the police and then the police retaliated.

What actually happened was systematic acts of state violence, from unprovoked attacks on protesters to the killing of Carlo Giuliani and the attack on protesters staying at a school.

We spoke to a lot of people who were at Genoa and got eyewitness accounts as well as speaking with the Giuliani family and also the legal defence team over there.

Our aim was to get an accurate account of events.

We’ll be making a donation to help support the alternative meetings and events to the G8. We think it’s important to have dialogue and debate.

We are doing three shows at the Festival theatre in Edinburgh, on the 30 June to the 1 July.

We are also performing at the Tramway on the 5 July.

The Festival theatre is huge — we need to get 2,500 people a night to fill it.

We have got a lot of media footage, some of which has never been seen before and which is pretty shocking. Haidi Giuliani, Carlo’s mother, will be speaking at the end of each performance at the festival hall.

The first part of the play is very celebratory — as was Genoa — and the second part sees how people deal with Carlo’s death. What do you do? People had very different reactions. In the end the general line went out to behave in a dignified way and get as many people on the streets as they could — and they did.

Haidi is very stoic and very passionate and we have taken our lead from that. So the play does mark a very tragic event, but in a dignified and empowering sort of way, with people at the end saying we’re not going to be intimidated by this.

It’s a very stirring finale, with Haidi there and her saying that really her son is one of many. She talks about other places where young people have died for what they believe in.

We hope it’s an uplifting experience for people, an empowering experience, particularly when people are coming up to stay for the week, to go to Gleneagles. There’s a time when you’ve got to stand up and be counted, and this is the time.

Go to www.theatre-workshop.com for more information and tickets. 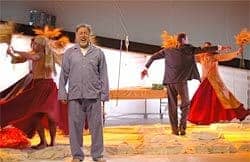 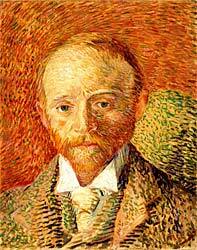