Before there was the welfare state there was the workhouse. Those who could not support themselves by working for a wage were more or less kept alive in this most grim of institutions.

Orphans were put to work and fed on a diet of gruel. Whole families were split up and treated with the greatest cruelty and indignity. Charles Dickens wrote his story of Oliver Twist in 1837, three years after the introduction of the Poor Law that set up the workhouses.

The opening chapters of the book, set in a workhouse, are some of the most damning ever written in literature about a state institution. Dickens describes a regime of hunger, cruel physical punishment and grotesque hypocrisy from those who run the workhouse.

Oliver’s fame is that he is the workhouse boy who asks for more—another bowl of gruel. He runs away to London, where he falls among thieves until eventually finding a home and happiness with a wealthy benefactor.

As many people know Oliver’s story from film and TV versions as have read the original book. Roman Polanski’s film is the latest of these adaptations. It departs from the original quite significantly by removing the storyline about Oliver’s mother, with whose family the boy is eventually reunited.

In doing so Polanski removes some of the incredible coincidences which mark the original story. He also makes Oliver into a much more likeable character by portraying him as more feisty and less tearful than he is in the book.

But while these parts of the book are dispensed with, the film remains true to the book in two essentials—its hatred and ridicule of authority and its portrayal of the tremendous characters created by Dickens.

The elements of state authority that Oliver comes into contact with treat him abominably, from the workhouse officials to the magistrates in the police court. Their sanctimoniousness towards the poor is matched only by their own greed.

Polanski shows the workhouse board sitting at a table covered in pies, meat, fruits and wine, recoiling at Oliver asking for more. No wonder even the criminals look more attractive than this bunch.

For Polanski portrays the fence Fagin and his gang of children who steal silk handkerchiefs, pocket watches and wallets in a far more sympathetic light than the authorities.

No child should have to suffer as Oliver Twist did, but too many still do. This film, as well as telling a great story, is a reminder of that and a fierce condemnation of those who blame the poor for their own misfortunes. 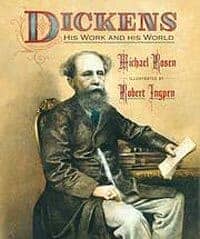