On a screen near you…

This article is over 20 years, 1 months old
A selection of films for all moods that are worth catching, or setting the video for, over the Christmas break.
Downloading PDF. Please wait...
Saturday 22 December 2001

A selection of films for all moods that are worth catching, or setting the video for, over the Christmas break.

GOOD WILL HUNTING (9.25pm, BBC2). Matt Damon is the disturbed working class kid who is also a genius. Robin Williams is the psychologist who helps him (but don’t let that put you off).

LAWRENCE OF ARABIA (1.40pm, C4). Peter O’Toole plays T E Lawrence, organising Arab armies to fight the Ottoman Turks, only to find himself and the Arabs betrayed by Britain.

OTHELLO (9pm, ITV). Shakespeare’s classic tragedy is updated to a modern police station in a city stirring with racial tension and unrest. Christopher Eccleston and Eamonn Walker star as two police officers, one white, one black, competing for promotion.

A CHRISTMAS CAROL (2.35am, ITV). George C Scott is a brilliantly loathsome Ebenezer Scrooge in this particularly dark and sinister version of Dickens’s classic.

PORTRAIT OF A LADY (8.15pm, C4). Henry James’s novel comes to the screen. This lavish version stars Nicole Kidman. It describes the trials and tribulations of a woman seeking freedom and independence in Europe around 1900.

MIDNIGHT IN THE GARDEN OF GOOD AND EVIL (9pm, C5).This is a great film that tells a story of murder and tangled gay relationships in the US Deep South.

THELMA AND LOUISE (12.15am, ITV). Classic road movie, with Geena Davies and Susan Sarandon breaking free, doing it for themselves and heading for a memorable climax.

JAWS (10.55pm, BBC1). Just when you thought it was safe to get another helping of Christmas pudding…

MUCH ADO ABOUT NOTHING (12.15pm, BBC2). Sunny and funny film of Shakespeare’s comedy. THE ENGLISH PATIENT (9pm, BBC2). Epic film, showered with Oscars, which tells a story of love amidst the horrors of the Second World War.

THE TRUMAN SHOW (9pm, BBC1). Jim Carrey discovers that he is the unwitting star of a docusoap. Great satire on the modern obsession with celebrity and consumerism.

THE WICKER MAN (11.40pm, C4). An ageing copper is sent to a remote Scottish coast, where the locals turn out to have very strange habits.

SHAKESPEARE IN LOVE (9.30pm, BBC1). This historical drama was a huge hit at the cinema. It’s enjoyable froth-perfect for those feeling a little fragile.

MISSISSIPPI BURNING (11.55pm, ITV). Three black civil rights activists were murdered in Mississippi in 1964. This film is based on a fictional account of the ensuing investigation. It is a brilliant account of the vicious racism of the US.

Not just for kids

TOY STORY (4.40pm, BBC1). Brilliantly animated story about being true to yourself and loyal to others. First appearance of Buzz Lightyear.

CHARLIE STRAPP AND FROGGY BALL (2.45am, C5). Set the video on Christmas Day to catch this anti-capitalist tale. A grasshopper and his pals unite to stop a giant corporation taking over the planet (well, their forest).

JUMANJI (2.55pm, BBC1). The discovery of a board game hurls children back into a scary past.

MATILDA (2.50pm, BBC1). A girl takes revenge on a bullying teacher in this adaptation of a Roald Dahl story.

Film director Pedro Almodovar has some of his films screened over the holiday period. His films express the sexual and social experimentation in Spain’s post-Franco era.

Rewind these to unwind

Some recent films now out on video or DVD may be a good alternative to some of the dross clogging up the Christmas schedules.

THIRTEEN DAYS. Tense thriller about the dangerous days of the Cuban missile crisis in 1962.

TRAFFIC. Hollywood version of the US war on drugs.

OH BROTHER, WHERE ART THOU? Coen brothers’ weird and wonderful film based on Homer’s Odyssey. 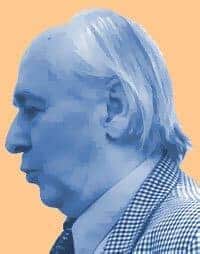 JG Ballard: the great poet of the ‘new bad things’

A New Twist on Dickens