Our friend in the North

This article is over 17 years, 7 months old
Interview: Martyn Waites, author of the novel Born Under Punches about the 1984-5 miners' strike, talks about his books
Downloading PDF. Please wait...
Thursday 27 May 2004

I WANTED to write a novel about the miners’ strike for years, but I also wanted to wait until I was a good enough writer to do it justice. With the 20th anniversary of the strike, it was perfect timing. The only two books that came out about the strike were mine and another crime novel, GB84. All the mainstream novelists left it to us crime writers.

When I told my agent about my idea for the book, I had to practically re-enact the battle of Orgreave in her office to get her to understand what really happened. The devastation of people’s lives, what the police got away with-these weren’t reported properly at the time, so people don’t remember them.

The devastation of ex-mining communities has not been given the priority it should have been. Government reports fill half a page in one or another concerned broadsheet, and that’s it.

Nothing has actually been done about it. I went to the town featured in the book as Coldwell. It was like a black cloud was hanging over the whole place, and everyone was weighed down by it. But things are actually getting worse. The reason I set the book in two different time streams, in 1984 and today, was to show that since Blair’s election things have just got worse.

Blair has been a huge missed opportunity. When he was elected people were so hungry and thirsty for change, he could have done anything. All the optimism has gone bottom up. The critics’ response to the book was polarised. People liked it or not according to whether they supported the miners. But that’s better than being ignored. My life’s ambition is to be a hate figure for the Daily Mail.

I write crime novels because I think the only really exciting writing from the last 20 or 30 years has been crime writing. It engages the reader personally, it entertains people, but it is flexible enough to let you talk about politics and social issues. Some of the more literary novels just seem to go in ever decreasing circles. There may be beautiful writing, but the authors have forgotten things like character and story-things that engage the reader.

People pick up novels to read on the tube or on the beach. If you can deliver the excitement they want, you can talk about what you want without compromising. For example, I do readings from the book, the scene with the big battle between the police and the strikers.

At one reading in Basildon library two blokes came up and said, “We only came because we like crime novels, but we were in the strike and you brought it all back to us.” There are people like that everywhere.

My new book, The White Room, is about T Dan Smith, disgraced Labour leader of Newcastle City Council, and Mary Bell, convicted of killing two children when she was herself just 11. T Dan Smith cast a huge shadow across Newcastle in the 1960s. Everyone seemed to know him.

He started off with this great socialist vision and ended up on trial for corruption. In the rubble of the houses he built, a figure based on Mary Bell kills children. It is symbolic of the death of optimism. I am working on another book, which is also set in Newcastle and deals with drugs and police corruption.

But this time I can make up the ending myself. With the miners’ strike and T Dan Smith, people knew how things turned out. I might even try and give this one a happy ending. 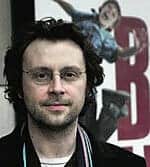 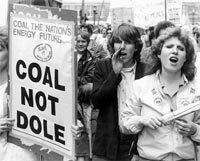 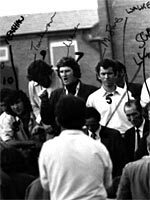 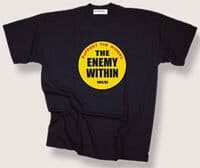 ‘The Enemy Within’ T-shirt competition