Peaky Blinders: A stylish story of struggles but with revolution as a backdrop

Britain in 1919 was in the grip of a revolutionary moment. Extreme poverty at the end of the First World War saw working class people fight back against the ruling class.

Peaky Blinders, a new six-part TV drama, is set in Birmingham in 1919 during this period of militancy.

In the first episode we’re introduced to Tommy Shelby, played by Cillian Murphy.

Tommy is a war veteran and head of a notorious crime family. They’re named the Peaky Blinders because they sew razor blades into the peaks of their caps.

The antagonisms of the time, between worker and capitalist, are played out between Tommy and his former best friend Freddie Thorpe.

Freddie is presented as a Bolshevik while the Peaky Blinders run protection and robbery rackets, and off track betting.

We first see Tommy tricking desperately poor people in a Birmingham slum into gambling on a horse he knows will lose.

We are then introduced to Freddie addressing a strike meeting of angry workers.

A botched raid by the Peaky Blinders finds them in possession of a crate of guns.

Secretary of state Winston Churchill sends in brutal Belfast police inspector Campbell, played by Sam Neill. He is to find the weapons and deal with gangs,

revolutionaries and the IRA—then fighting a war of independence against Britian.

The problem with Peaky Blinders is that it takes on a lot of issues but fails to focus on any of them properly.

Revolutionaries, gangsters, the IRA, and even poet Benjamin Zephaniah—playing an evangelical street preacher—all jostle for space.

The real Peaky Blinders emerged in Birmingham in the late 1890s. Series creator Steven Knight doesn’t gain much from placing them in 1919.

So, when Freddie is addressing the strike meeting the workers only get to cheer, nod and pat him on the back.

It’s unclear if the constant foregrounding of Freddie is to present him as an insincere, vain activist or an inspirational revolutionary.

It’s possible that the trade union sellouts of the militancy of 1919 could be played out through the weaknesses of Freddie’s character. Yet it seems more likely that the mass struggles of 1919 are just a vague backdrop.

It’s very stylish and reminiscent of US shows such as Boardwalk Empire and Deadwood.

As it’s set in a highly politicised moment it’s worth a watch—even if it doesn’t live up to its promises. 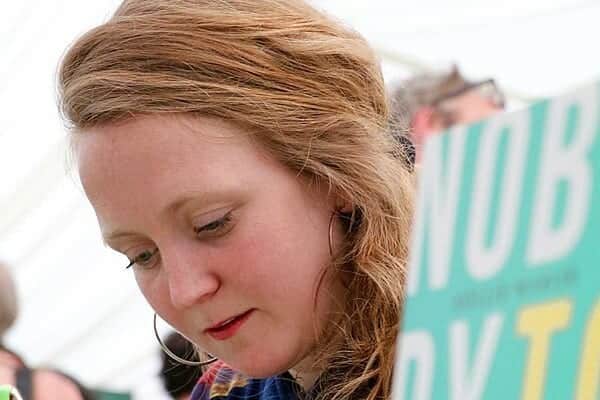