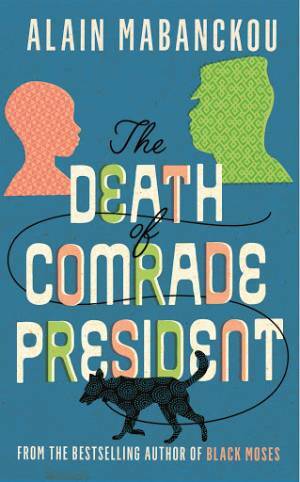 The Death of Comrade President by Alain Mabanckou

Set in the People’s Republic of Congo in 1977, The Death of Comrade President by Alain Mabanckou novel is based on real events.

Young Michel lives with Maman Pauline and Papa Roger in a small house in the city of Point-Noire.

His world explodes when the country’s head, Comrade President Marien Ngouabi, is murdered and the army begins a purge of those linked to the slain leader.

Mabanckou, who was born in Point-Noire, has written a series of celebrated novels.

This one focuses on a prominent thread in his work—colonialism, the hopes and disappointments of independence, and the continuing influence of former imperial powers.

Michel and Papa Roger don’t expect to find the truth from the local radio so they tune in to Voice of America. This reveals the machinations of the French regime, but studiously avoids any mention of the new power on the block—the US.

Michel is very aware of the “black capitalists” who “carefully count the number of mouths to be fed” if you turn up at their house unannounced.

He knows that as he surveys Africa it seems that “misery always hides behind the door marked ‘joy’”—and that it’s best not to expect too much good in the world.

The book acts as a history lesson about the experience of several central African regimes.

But it also remains a story of believable individuals who are caught up in the sweep of events beyond their control.

Some react appallingly and selfishly, others discover new reserves of resistance and courage.

In the closing scenes Michel must choose between telling the truth or lying in order to protect his mother’s life.

It is a novel that is at times comic, at times chilling—and well worth reading.

The death of comrade president by Alain Mabanckou. Serpent’s Tail, £14.99

Rodriguez’s work is grounded in his ancestral knowledge of the indigenous plants of the region.

In the 1990s, armed conflict and the exploitation of natural resources in the rainforest displaced Rodriguez and his family. They moved to Bogota, the country’s capital.

As a way to preserve his knowledge and memory of his region, Rodriguez creates detailed paintings and drawings.

They depict the ecosystem of the rainforest in the Nonuya region with intricate details of the flora and fauna.

His studies teach us the natural cycle of the rainforest and its inhabitants, plants, animals, humans and other beings.

In his series Ciclo de la chagra (Cycle of the agricultural plots) he details the plants cultivated by the Muinane indigenous people of Colombia.

This series is an important document that presents agricultural and symbolic knowledge.

It includes the rotation of crops, how the crops are grouped and placed within plots of cultivated land and which animals eat the fruits or leaves.

Since 2008, Rodriguez’s works started to be acknowledged for their artistic value and featured in exhibitions.

This online exhibition includes a slideshow tour of the exhibition, and the film ABEL, by Fernando Arias.