Poly Styrene: Neither lightweight nor disposable

The punk rock movement of the late 1970s threw up many brilliantly talented figures. But Marianne Elliott-Said—better known as Poly Styrene—was one of the most original and unusual among them.

Tragically she died of cancer, aged 53, just when she seemed poised to win over a new generation of fans with a critically acclaimed new album, Generation Indigo.

Poly came to prominence as the lyricist and lead singer with X‑Ray Spex, one of the earliest and most influential punk bands.

And right from the word go, she played havoc with conventional notions of what a pop star should look or sound like.

A measure of this can be seen in a film of X-Ray Spex playing their first and most well known single, “Oh Bondage, Up Yours!”

Poly stands in the midst of the band and drawls, “Little girls should be seen and not heard,” before launching into the song by screaming out its title.

Two minutes of extraordinary noise follow, as she belts out the song while performing a strange, knock-kneed dance in a stiff plastic dress.

The politics of the 1970s also fed directly into X-Ray Spex’s work. Poly’s father was Somali while her mother, who brought her up, came from a Scottish-Irish background.

She was born in Bromley, Kent, but her mother found the area “too white and too judgemental” so they moved into the multi-racial area of Brixton in south London.

The levels of racism towards black and Asian people in the 1970s were extraordinary by today’s standards. This was fuelled by the fascist National Front (NF).

Poly Styrene was a passionate anti-racist.

X-Ray Spex opened the first major Rock Against Racism (RAR) carnival in London’s Victoria Park on 30 April 1978, playing to some 80,000 people alongside The Clash and Steel Pulse.

Events like the RAR carnival have created a folk memory of punk as intrinsically left wing.

But in fact the movement was far more politically diverse—and ­politically contested—than this picture makes out.

The mid-1970s saw a Labour government preside over the first sharp drop in working class living standards for generations.

This led to an atmosphere of fear and anger where radical right wing ideas got a hearing as easily as radical left ones.

Politically, bands such as the Sex Pistols were ambiguously nihilist, to say the least. The early days of the punk scene saw many key figures flirting with fascist and Nazi imagery.

This could just mean wearing a swastika for “shock value”. But it could also mean getting drawn more seriously towards fascist political ideas.

In this context, bands like X-Ray Spex played a critical role. They helped tip the cultural balance towards the left—and thus paved the way for an explosion in political and musical creativity.

The politics of Poly’s songs are a testament to this creativity. They avoided or subverted “rebel rock” cliches to talk about themes such as alienation, advertising and consumer society.

Even her stage name was a sarcastic commentary on the pop and fashion industries. “I chose the name Poly Styrene because it’s a lightweight disposal product,” she once told a BBC documentary.

This has led some critics to class X-Ray Spex as “postmodern punks” whose preoccupations looked ­forwards to the consumerism of the 1980s rather than back to the struggles of the 1970s.

But this interpretation misses how politically critical the band were of the consumer society they sang about—and often in quite subtle ways.

For instance, “Oh Bondage, Up Yours!” is about sexuality and sexism. Its howl of rage against stereotyping was a key influence on the Riot Grrrl movement of the 1990s.

But Poly Styrene insisted that the “bondage” the song referred to was much more general, and that it was an anti-capitalist anthem as much as an anti-sexist one.

And she kept this political sensibility throughout her life. In 2008 she appeared at a Love Music Hate Racism carnival in Victoria Park to mark the 30th anniversary of the RAR event.

And judging by the rapturous reception she received, we can be confident that generations to come will be inspired by her caustic and visionary take on the world. 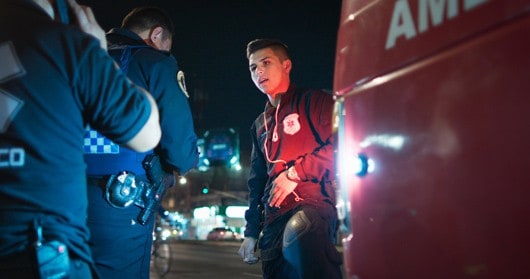 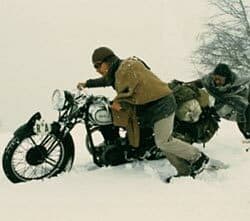