Red or Dead: David Peace interviewed on his new novel about Bill Shankly

This article is over 8 years, 8 months old
Acclaimed novelist David Peace tells Pete Dwyer why he has brought the story of football manager Bill Shankly to life in his new book, Red or Dead
Downloading PDF. Please wait...
Tuesday 27 August 2013 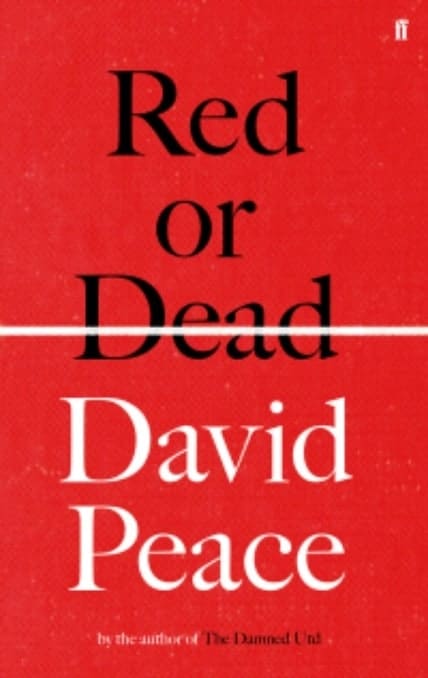 Most football fans will have heard something about Bill Shankly, the socialist manager who transformed the fortunes of Liverpool FC from 1959-1974.

Author David Peace “was propelled into writing” about him in his new book, Red or Dead.

“Through his personal sacrifices and struggles, Shankly laid the foundations for what became one of the greatest football clubs in the world,” says Peace.

“He did this as a socialist. His ideas informed how he went about his tasks for the club and the city and everything he did.”

“But these stories don’t get told anymore.”

Peace saw Sky TV use a quote by Shankly, but leave out the word “socialism”. “Shankly was being reduced to someone more famous for witticisms,” he recalls.

“I felt there must be more to Shankly. His is an important story to tell and one that needed to be known outside of Merseyside.”

Peace’s research introduced him to people who knew the Liverpool manager, and message boards full of fans with personal stories to tell. “Fans could go and see him, knock on his door and talk to him—and they did.”

“Shankly brought out the best in people—cleaning women, players and supporters.” He came from poverty and he wanted to transform lives.

“Shankly’s favourite book was a biography of Robbie Burns and he saw him as a socialist. This inspired Shankly and he used his ideas of socialism to inform how he went about his life.”

Peace’s previous novels have vividly mixed fact and fiction from some of the most compelling stories of Britain in the 1970s and 1980s.

He wrote about the Great Miners’ Strike in GB84 and Brian Clough’s brief leadership of Leeds United FC in The Damned Utd.

Shankly’s story is told through fiction rather than a biography, to create “a living experience for the reader, for them to live and feel the emotion that Shankly needed to take a second division club to the dizzy heights of European football glory.”

While not always easy reading, like Shankly’s work at Liverpool, the end result has it rewards. Peace had no desire to idolise Shankly, and acknowledges his shortcomings.

He could “help people find a collective sense of self-belief” but “found it harder to tell them and help them move on when they were no longer part of the team.”

But Peace still sees him as a “man of the people” in stark contrast to the celebrity obsessed culture that dominates the sport today. He hopes that Shankly’s story can bring an optimistic message to the generation of his own 16 year old son.

“I fear that young people have no idea what socialism is and there are no examples of how to live a different way of life today,” he says.

“Shankly tried to make people believe that they were important, and that they could change things.

“Today we are told by the media or politicians we can’t change anything. But I refuse to believe that. We can still change the world.”