Resistance is funereal in South Wales

This article is over 10 years, 1 months old
From Philip K Dick’s classic novel The Man in the High Castle through to a recent episode of Channel 4’s Misfits, alternative histories of the Second World War have long fascinated audiences.
By Jonny Jones
Downloading PDF. Please wait...
Monday 28 November 2011

From Philip K Dick’s classic novel The Man in the High Castle through to a recent episode of Channel 4’s Misfits, alternative histories of the Second World War have long fascinated audiences.

Resistance, based on the novel by Owen Sheers, envisions 1944 Britain after a Nazi invasion.

Set in the Olchon Valley in South Wales, it depicts a group of farmers’ wives who awake to find their husbands have gone, presumably to join the resistance.

The valley is occupied by German soldiers, who are searching for an ancient relic for Himmler’s collection.

At first the women refuse any cooperation. But as the months roll by, they find themselves relying on the soldiers’ help to maintain their farms. Unlikely relationships develop and the nature of collaboration and resistance are called into question.

We see only fleeting glimpses of the organised resistance movement. In a secondary story line Tommy, a recruitment officer (Michael Sheen), signs up George (Iwan Rheon) to the Auxiliary Units Special Duties section.

This is a clandestine network of civilians who were trained to spy on and harass any potential occupying forces.

Resistance is not at all what I was first expecting. It is no gung-ho action film. But nor is the film particularly successful as a study of occupation.

The pace of the film is slow—often tediously so.

Occupation is depicted as a banal, creeping experience. But a real sense of menace and danger seems curiously absent.

The cinematography accentuates the sense of absence and loss with its focus on the empty expanses of the Welsh countryside. But this device quickly becomes tiresome.

The lead actors, and particularly Andrea Riseborough, give excellent performances. But few in the supporting cast are given the opportunity to do much other than stand around.

The film’s real weakness is how the experience of both the soldiers and locals is totally detached from any political context. The war is glimpsed only through fleeting flashbacks and radio broadcasts.

However, these serve more to humanise Captain Albrecht (Tom Wlaschiha), a somewhat clichéd noble officer who holds back his less respectable inferiors from uncivilised behaviour.

This failure to address any political questions relegates resistance and collaboration to merely psychological and emotional choices.

Resistance seems like a wasted opportunity. Its premise offered the opportunity to explore life under occupation and the choices people make to survive.

But it ducks these questions in favour of an uneasy and largely unconvincing combination of psychological drama and romance. 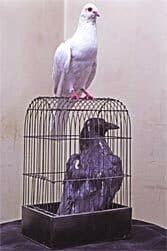 David Garner: Whatever They Say I Am, That’s What I’m Not

Everywhere in Chains - Wales and Slavery 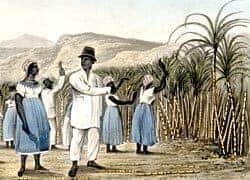 Sugar and Slavery exhibition: were there really any kindly slave owners?