‘R-E-S-P-E-C-T. Find out what it means to me.’ When Aretha Franklin belted out those eight simple words in the summer of 1967 the music world was turned upside down.

‘Respect’ swelled the trickle of overtly political soul songs into a flood. James Brown said, ‘Say it loud-I’m black and I’m proud,’ The Impressions promised, ‘We’re a winner,’ and the Staple Singers sang, ‘Respect yourself.’ For Aretha Respect was primarily an appeal for domestic respect. At that time she was involved in a violent relationship with her husband.

But for those around her it was seen as a call to arms. It was sung by the followers of Martin Luther King, it was the anthem of the women’s movement and the Black Panthers sang it with clenched fists at their rallies. From her childhood Aretha breathed the atmosphere of gospel politics. Her father, The Reverend C L Franklin, was one of the most charismatic preachers of his generation. A friend of Martin Luther King, he used his New Bethel Baptist Church in Detroit to praise god and oppose racism.

Aretha made the huge break from her gospel roots at the age of 18 when she moved to New York and signed to Columbia Records. Aretha sang pop ballads. The company hoped that she could become a new Diana Ross-the queen of Motown. Motown was the voice of young America. It was the sound of hope, a belief that racism was going to end, and it was a product of King’s civil rights movement. Yet by late 1965 none of the nine albums Aretha had recorded with Columbia had shown a profit. The company dropped her.

Jerry Wexler at Atlantic studios immediately signed her up. He sent her to the famous Muscle Shoals Studios in Alabama and argued that she should return to her unique gospel style.

Aretha’s sound was darker yet still full of pride. She was no teenager singing about puppy love-she was singing about betrayal, violent relationships. Hers was the sound of Black Power. The result was the stunning single ‘I Never Loved A Man (The Way I Love You)’-the perfect mix of RnB and gut-wrenching gospel.

When Aretha re-recorded Otis Redding’s classic ‘Respect’ her fame was assured. Aretha crossed boundaries. Her music appealed to the older generation of the civil rights leaders. Aretha sang at dozens of benefit concerts for King. When Detroit held an Aretha Franklin Day, King handed out the award and when King was murdered Aretha sang ‘Precious Lord’ at his funeral. A version can be heard on the album Amazing Grace.

But she also appealed to the new generation of activists radicalised by the brutality meted out to the civil rights movement and the growing opposition to the Vietnam War.

Aretha put her hair into an Afro, wore dashikis and got involved in the growing women’s movement. Her stand made it easier for the likes of Marvin Gaye, Smokey Robinson and Stevie Wonder to record artistically and politically more challenging music.

Classic Aretha songs like ‘Respect’, ‘Young, Gifted and Black’, and ‘Think’ chart the evolving energies of the 1960s as clearly as any history. Thirty years ago Aretha’s song ‘Respect’ summed up the hopes and aspirations of millions.

Today it has become the name of the new political movement, which is challenging Blair in the European and London Assembly elections. Why? Because, as George Galloway says, ‘It sums up perfectly the different world we seek to build. Respect others-their cultures, religions, interests and respect yourself.’

Mystic River, Girl With A Pearl Earring and Open Range

THESE ARE three new films just released on DVD and video to help you spend an evening winding down after the election campaign. Mystic River is a powerful Oscar-winning drama. It centres on three friends whose lives are marked by two incidents which connect them.

Clint Eastwood directed Mystic River and it features magnificent performances by Sean Penn, Tim Robbins and Kevin Bacon. They are drawn back together when Penn’s teenage daughter is found murdered in the woods.

Girl With A Pearl Earring is based on the life of Dutch painter Johannes Vermeer. Its visual style closely follows Vermeer’s paintings. It is a passionate and emotional experience featuring Colin Firth as Vermeer and Scarlett Johansson as the painter’s serving girl. Open Range is a Western directed by Kevin Costner.

It stars Costner himself and Robert Duvall as two honourable, solitary herders who come into conflict with the violence and corruption of a small town. All three films guarantee an enjoyable evening. 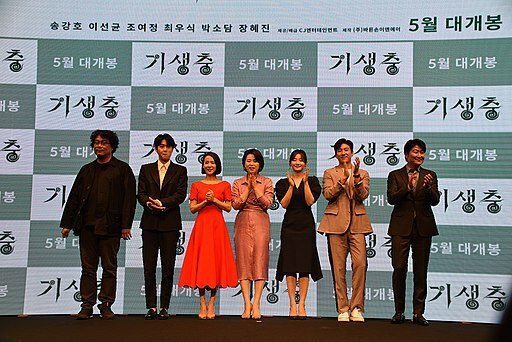