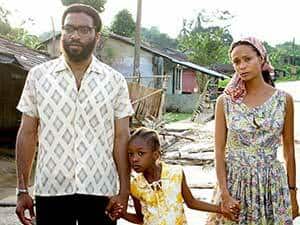 Chiwetel Ejiofor, Favour Asikpa and Thandie Newton in Half of a Yellow Sun

Half of a Yellow Sun

This Nigerian film tells the story of racism, colonialism, and ordinary people caught up in the Biafran War of the late 1960s.

It doesn’t quite live up to its source material, the deservedly award-winning book by Chimamanda Ngozi Adichie, but is still well worth a watch.

Chiwetel Ejiofor in particular puts in an excellent performance.

The Sense of a Moment: Gianni Berengo Gardin

Photography exhibition at Prahlad Bubbar Gallery, London
Until 23 May, prahladbubbar.com

Yet this is the first exhibition of his work in Britain since 1975. It brings together 30 years of photos of workers and poor people, particularly in rural India in the 1980s.

This brutal, barbaric one woman play dares to expose what lies behind the calm, pent-up surface of us all.

If there are any taboos left to conquer in modern theatre, you’ll find them here. Moreno will be taking the play to Edinburgh in August. 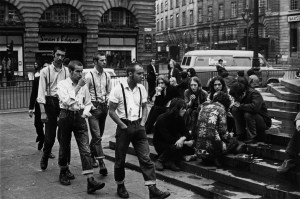 The Last Days Of Detroit