This article is over 13 years, 10 months old
A new film for the South Bank Show reveals the links between the art and struggles of 1968, writes Anindya Bhattacharyya
Downloading PDF. Please wait...
Tuesday 11 March 2008

Forty years ago this week saw an iconic moment in the history of the anti-war movement.

An 80,000 strong march against the Vietnam War on 17 March 1968 ended in violence outside the US embassy in Grosvenor Square, London, as mounted police penned in and charged at demonstrators.

This was just one of a series of events across the world that marked 1968 as the year when struggles against the global order suddenly broke out everywhere.

May 1968 saw students in Paris rise up, followed by a huge general strike. The year saw riots and anti-war marches across the US – and a mass uprising in Czechoslovakia.

But the legacy of 1968 is contested. Most accounts of the year’s events treat them as a purely cultural affair – a matter of students and artists railing against society’s conformism.

The reality of ordinary people actively fighting their oppression is airbrushed out of this picture.

Revolution 1968 is a new documentary by Leo Burley that puts the cultural explosions of that momentous year back in their political context.

The documentary’s premise is that 1968 was, as veteran activist Tariq Ali puts it, the year that ‘politics and culture were united’.

Burley starts by profiling the March 1968 demonstration organised by the Vietnam Solidarity Campaign. Among those marching against the US’s war in Vietnam – and against the involvement of Harold Wilson’s Labour government – was Mick Jagger, lead singer of the Rolling Stones.

The demo inspired Jagger to write the classic Stones’ song ‘Street Fighting Man’. Tariq Ali recalls receiving the lyrics from Jagger along with a request to publish them in Black Dwarf, a revolutionary newspaper that Ali edited, since the BBC was refusing to play the track.

Some of Jagger’s other interventions were, alas, ignored. The film includes an archive interview with him where he suggests that, since the anti-war march was attacked by mounted police, the demonstrators too should protest on horseback.

Some musicians were less impressed by the political ferment of the time. John Lennon penned the Beatles’ song ‘Revolution’ which argued, ‘You better free your mind instead.’

The lyrics to ‘Revolution’ were attacked in Black Dwarf, leading to a furious row between Lennon and the magazine. Lennon did later shift to the left, but Burley’s film rightly points out that there was nothing automatic about this sort of radicalisation.

Events in London were rapidly eclipsed by what took place in Paris that May. The documentary includes some extraordinary footage of the student uprising.

For many, the posters produced by Paris students in May 1968 are the defining images of that year. Burley’s film details how those posters were infused with the politics of the time.

Designs and slogans were debated and decided in mass meetings of the students occupying the École des Beaux-Arts on Paris’s Left Bank. The printing and distribution of the posters was also organised collectively.

The political and cultural tremors of 1968 were also felt in the US. One of the most fascinating sections of Burley’s film looks at the scene in Detroit in the US, where the band MC5 fused hard rock music with revolutionary politics inspired by the Black Panthers.

John Sinclair from MC5 talks of how the band initially saw their work as opposed to the traditions of the working class left. But they changed their mind after playing a free gig in Lincoln Park, Chicago, to protest at the Democratic Party’s convention in August 1968.

The gig was brutally attacked by the Chicago police. ‘We thought we were an alternative to the picket signs,’ says Sinclair. ‘But it made little difference to the authorities. They thought both of us had to be crushed – and we were.’

The spirit of 1968 also had an impact on the other side of the ‘Iron Curtain’. Burley’s film draws the links between the uprisings of Paris and Chicago, and those that took place in Czechoslovakia that year when Russian tanks invaded.

The documentary includes a curious interview with the playwright Tom Stoppard, who was born in Czechoslovakia and actively supported the dissident movement there. Initially Stoppard is cynical about protests in London and Paris, dismissing them as naive and middle class. But later he admits that the uprisings in Prague were inspired by what was happening in the West.

At just under 45 minutes, Revolution 1968 is too short to do full justice to its subject. Many important events of that year are skated over or omitted altogether – such as the impending strike wave in Britain or the civil rights protests in Northern Ireland.

The International Socialists, the precursor to the Socialist Workers Party, were involved and politically active throughout the 1968 period. Sadly they don’t get a mention – though eagle-eyed viewers might spot some familiar faces.

Nevertheless the producers and researchers have unearthed some wonderful footage and nailed the lie that the culture of 1968 can be cut off from the political radicalism of the time.

Revolution 1968, produced and directed by Leo Burley, will be shown on ITV1’s South Bank Show on Sunday 16 March at 11.15pm

Can You Dig It?: a revolution in black music and cinema 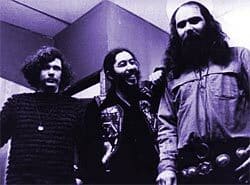 To Kill a King: the world turned upside down 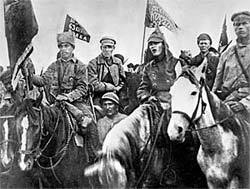