A young Jewish woman finds herself drawn into the murky world of Britain’s Nazis—and a side of the 60s that some would rather forget, says Nick Clark
Downloading PDF. Please wait...
Tuesday 05 October 2021

Ridley Road is a little told—and perhaps deliberately forgotten—bit of not so distant British history. It’s a fictional spy thriller set against the real life backdrop of a physical fight against the Nazis.

Amid all this, Vivian (Agnes O’Casey), a young Jewish woman from Manchester, runs away to east London to find her lost boyfriend Jack.

Almost before she even knows what’s happening, Vivian is drawn into the world of the 62 Group—and then undercover among the Nazis themselves.

This show—based on the novel by Jo Bloom—might be an antidote to the twee, romanticised 60s of some other Sunday night fare such as Call the Midwife.

Establishment history might like us to think fascism could never take root in Britain after the Second World War thanks to British “tolerance” and the folk memory of the fight against the Nazis.

Babylon’s Burning—music, culture and the fight against fascism
Read More

Ridley Road tells us different—that not two decades after the war had ended, swastika-waving thugs could march openly in central London.

As the show’s writer, Sarah Soleiman, said, “Britain’s relationship with fascism is closer and more alive than we like to think. Luckily, so is our rich heritage of fighting it.

“Jo Bloom’s gripping book revealed a darker side of sixties London and the staggering contribution the Jewish community made in the battle against racism.”

In one scene, a dramatised Nazi rally in Trafalgar Square mixes with genuine newsreel of the same event, just to push the point home.

It’s also not afraid to puncture the idealised myth of the firm and fair British bobby. The police are almost entirely uninterested in protecting Jews from the Nazis.

As Vivian escapes the rally with her black friend Stevie (Gabriel Akuwudike) they’re followed by a gang of Nazis. A cop on horseback arrives, only to chase Stevie off.

Ridley Road also wants to tell us that racism, fascism, and the reasons they can take root, are sometimes hidden just below the surface.

Too many people don’t realise the danger until it’s too late, 62 Group fighter Sol (Eddie Marsan) tells Vivian. His warning comes just at the pivotal point, when the antisemitism that’s been the backdrop to Vivian’s story suddenly takes centre stage.

But Ridley Road also wants to remind us that the Nazis were stopped because people fought back. 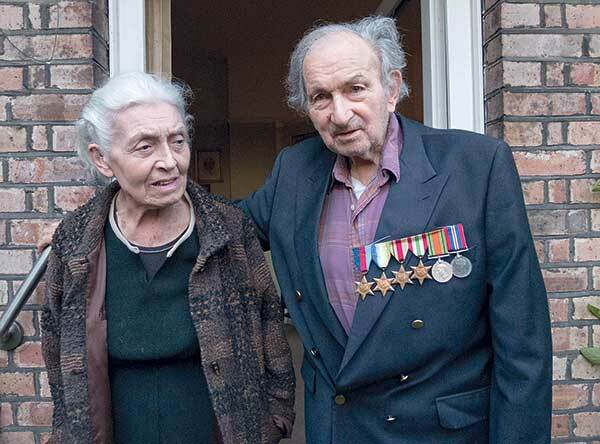