Manchester councillor Pat Karney called the recent riots “one of the worst days in Manchester’s history”.

Perhaps he forgot about the horror unleashed by the authorities in a vital and violent episode of the city’s past that became known as the Peterloo Massacre.

The protesters had courageously demonstrated for political representation despite the virtual military occupation of Manchester.

Mark Krantz explores the history and the lessons of this event in his pamphlet Rise Like Lions.

The title comes from a line in Percy Shelley’s poem The Masque of Anarchy, written in response to the massacre.

Mark explains the appalling conditions and exploitation faced by workers in the Industrial Revolution that led to this resistance.

He plots the revolts, politicisation and development of the first organised working class movement, under banners such as “Unite and be free” and “Equal representation or death”.

And the continued fightback that Peterloo inspired and informed are explored with clarity and warmth.

Rise Like Lions analyses a crucial chapter in the rich history of a city once described as “the most seditious part of the country”.

Let’s hope it can live up to that reputation on 2 October when we protest at the Tory party conference in Manchester. 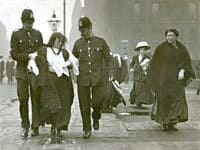